June 30, 2015
1 comment
Today marks a political milestone in the decades-long effort to legalize marijuana. For the first time in history, a presidential candidate is openly seeking campaign contributions from the thriving cannabis industry. 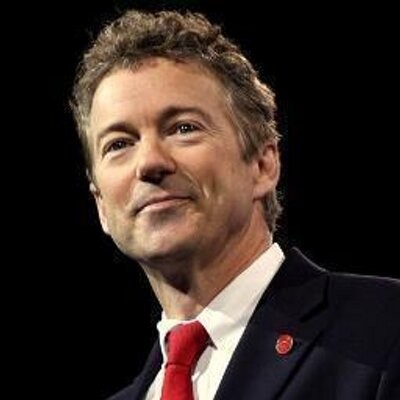 US Senator Rand Paul, R-Kentucky, recently addressed a “private briefing” of cannabis business people and activists at Colorado’s second annual Business Summit and Expo in Denver. Paul is one of the most outspoken critics of the War on Drugs and is a supporter of states determining their own medical cannabis laws without federal interference, legalizing medical cannabis nationally, and allowing cannabis-related business to have open access to banking. The Obama administration has threatened to strip banks of their federal deposit insurance if they open accounts with cannabis-related businesses.

According to the National Cannabis Industry Association (NCIA), which organized the summit, attendees were offered three donor levels, $2,700 for an “attendee” status, $5,400 a “sponsor” status and $10,400 would buy “host” status. All checks were to be made out to the “Rand Paul Victory Committee.”

In addition to the campaign contributions, Rand could potentially gain the support of the cannabis political action infrastructure, which is organized, media savvy, and active at all levels of government.

According to the NCIA invitation, Paul was going to talk about his stance on at several issues facing the cannabis industry. “He will take your questions and talk about his support of federal medical marijuana, his push to reform banking laws so they do not deny services to legal cannabis businesses, his work on justice reform and his support of allowing states to determine their own cannabis laws,” the invite reads.

The United States has had three presidents who have admitted to using marijuana recreationally. The next logical step is for presidential candidates to seek campaign contributions from the vital cannabis industry. What remains to be seen is what impact the cannabis industry’s new influence will have on the nation’s outdated federal marijuana laws.