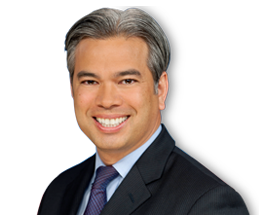 The authors state “AB 34 would fulfill the promise made to the people of California back in 1996 by creating the structure in which patients can safely exercise their right to medical cannabis. AB 34 approaches regulation of medical cannabis with one core method—apply existing regulatory frameworks to this new industry while adapting for the unique and historical circumstances surrounding medical cannabis.”

“The California cannabis industry is in the billions of dollars, and there are a reported 1.5 million medical cannabis patients,” states a Committee analysis published online Monday.


AB 34 includes strong local controls that allow a city or county to continue to “prohibit commercial cannabis activity within their jurisdiction.”

The authors state: “AB 34 recognizes that for too long, cities and counties have been on the leading edge of crafting medical cannabis policies when faced with murky state law and contradictory federal priorities. That is why this bill respects local decisions on the regulation of medical cannabis—including the decision to ban—and incorporates local control throughout the regulatory process, including the issuance and renewal of state licenses.”

Persons prohibited from becoming commercial licensees include those convicted of a felony criminal conviction for drug trafficking, a violent felony, a serious felony, a felony involving fraud or deceit, or any other felony as determined by the state.

“We have serious concerns regarding the efficacy of state enforcement and instead advocate for an enforcement structure based off of local enforcement with state enforcement being secondary," the chiefs state in the analysis. "Furthermore, we do not believe that an agency with profound experience in recreational substance has the appropriate expertise to regulate a medical product”.

AB 34 is one of several proposals to establish historic, state-level regulations over California's billion-dollar medical cannabis industry. Competing measure include the police's proposed AB 266, which is also scheduled for a hearing today.