As President, Governor Chris Christie Will Escalate War on Pot 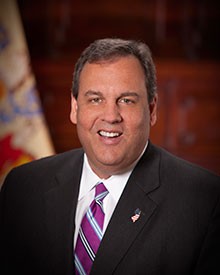 New Jersey Governor Chris Christie might have just energized the youth and stoner vote in the 2016 Presidential election. On Tuesday, he told “The Hugh Hewitt Show” that he would “crack down and not permit” states to further legalize cannabis.

Christie said a very clear message needs to be sent "from the White House on down through federal law enforcement."

"States should not be permitted to sell it and profit" from legal cannabis.

"Marijuana is a a gateway drug. We have an enormous addiction problem in this country."


The National Academy of Sciences debunked the Gateway Theory in 1999. About 35 states have medical cannabis laws — which Christie calls a “front” for legalization, and four states as well as Washington, DC have legalized cannabis.

The US Department of Justice and other federal agencies can and still do enforce the Controlled Substances Act, but the White House has ordered them to focus not on lawful state actors but on violent criminals violating state and federal law to traffic pot across state lines and sell to kids.

As president, Christie would go after states and lawful cannabis users.

That seems like political suicide. About 84 percent of Americans support medical cannabis, 53 percent support recreational, and even ones opposed to recreational want the federal government to stay out of state experiments.

But we hope Christie keeps at it. While most contenders such Hillary Clinton and Rand Paul have mumbled support for state drug policy rights, Christie shows apathetic young voters what’s truly at stake if they don’t make their voice heard on Election Day in 2016.