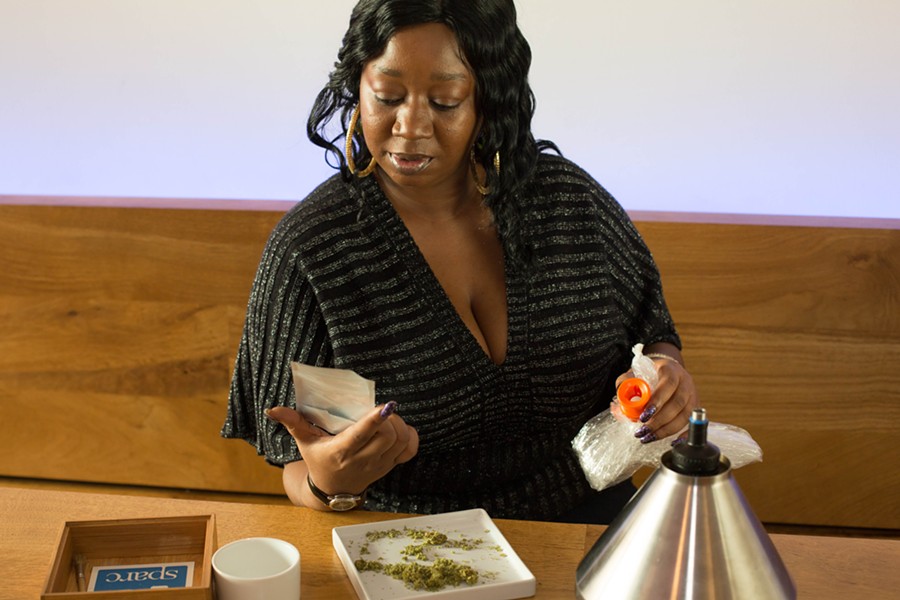 President Obama Tuesday afternoon signed a massive $1.1 trillion omnibus spending bill with some historic provisions for medical marijuana advocates. The controversial “cromnibus” spending bill funds the government through September 2015 and includes a rider to de-fund the Department of Justice’s war on medical pot.

The Hinchey-Rohrabacher Amendment blocks the use of Department of Justice funds to “prevent [medical marijuana states] from implementing their own State laws that authorize the use, distribution, possession, or cultivation of medical marijuana.”

The rider is a huge, symbolic victory for medical cannabis, which was first legalized in California in 1996 and has spread to 22 other states and DC.

The rider means an end to the three-year-long medical pot crackdown in California and other states, some say.

Americans for Safe Access states the rider “will dramatically impact DOJ enforcement, including ending federal medical marijuana raids, arrests, criminal prosecutions, and civil asset forfeiture lawsuits, as well as providing prisoners with a way to petition for their release.

"This is truly a long-fought victory for medical marijuana patients who have lived in fear of being caught in the crossfire of conflicting state and federal laws for nearly two decades,’ stated Steph Sherer, Executive Director of Americans for Safe Access (ASA), the country's leading medical marijuana group that has pursued passage of the measure for years. ‘But this is also a victory for taxpayers because of the hundreds of millions of dollars saved on unnecessary and harmful enforcement."

Others say narrow interpretation of the rider by law enforcement will mean ongoing raids on lawful dispensaries in California.

“The impact of the Rohrabacher amendment is even more doubtful when it comes to medical marijuana dispensaries in states that do not explicitly allow them. Those states include California, where dispensaries operate as patient cooperatives, as well as Washington, where dispensaries take legal refuge under a provision allowing patients to establish "collective gardens." In other states, dispensaries are run by groups of "caregivers," each supplying several patients. Opinions about the legality of such arrangements vary, so a federal prosecutor can always argue that a given grower or seller was not in fact complying with state law.”

The Crominbus also moved to block legalization in Washington DC, stating that “None of the Federal funds contained in this Act may be used to enact or carry out any law, rule, or regulation to legalize or otherwise reduce penalties associated with the possession, use, or distribution of any schedule I substance under the Controlled Substances Act or any tetrahydrocannabinols derivative.”

District activists say they could find a legal workaround the rider.

We'll have more on the implications of the Cromnibus in the coming weeks.