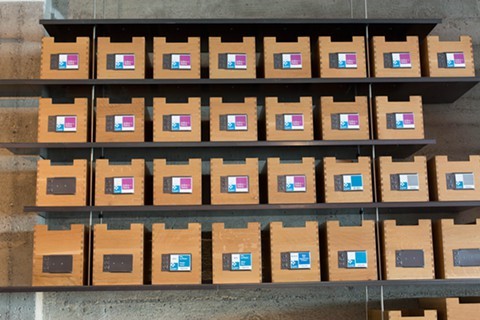 Historic efforts to regulate medical marijuana through the legislature died yesterday when the Assembly Appropriations Committee held onto Senate Bill 1262 as the deadline for it to pass expired.

Lobbyists say the $20 million price tag was too high for a new, California Bureau of Medical Marijuana, especially given just how few marijuana businesses would seemingly qualify and pay fees to fund the new agency.

“The biggest factor of all was cost,” said Nate Bradley in Sacramento, lobbying for the California Cannabis Industry Association.

For example, provisional licensing rules would have disqualified most medical pot growers — who mostly operate in secrecy. With no licenses, you have no money for the Bureau, according to the Assembly Appropriations Committee analysis.

“You can’t fund an agency when you make it impossible for people to come forward and apply for a license,” said lawyer Matt Kumin for advocacy group California Cannabis Voice. “It was impossible for the bill to make sense from a fiscal perspective.”


Senate Bill 1262 was drafted by law enforcement lobbyists, but it included remarkable amendments to get the industry on-board. For one, it would have allowed for profits in an otherwise nonprofit industry. It also would have enshrined the reality of medical marijuana into law like never before, with the California seal on sixty-plus pages of regulations.

But it proved too restrictive for progressives across the state, several insiders said. The rules locked out people with past convictions, and directly exposed license applicants to federal prosecution.

Dispensary bans across the state would have been enshrined into law.

“There were some really draconian, horrible provisions in there to cripple the ability for California patients to get their medicine,” said Stephen DeAngelo, head of the dispensary Harborside Health Center in Oakland.

Police and the cannabis industry are living in a separate reality about marijuana, said Carlos Alcala, spokesperson for Rep. Tom Ammiano, a bill co-sponsor until the final hours.

"It's very hard to bring people together," Alcala said.

In the final hours, Rep. Ammiano couldn't wring needed amendments from the police.

Bill sponsor and Sen. Lou Correa — a cop-backed Democrat from a town that bans dispensaries — told the Sacramento Bee that the bill died because folks wanted to perpetuate the “wild, wild west” of medical marijuana.”

"There certainly are people who want the wild wild West," Alcala said. But "what the failure of SB 1262 exposes is that the police chiefs have their heels dug in and really don't want to see anything other than draconian controls."

“Law enforcement has waged a war on marijuana since 1970. They’re losing that war," Kumin said. "Their role in this has been unbelievably repressive and they have hijacked public policy on marijuana to protect their bureaucracy. Obviously there was deeper recognition among the legislature that the police had overstepped their boundaries again.”

Moderates were also exasperated by the demands of the more extreme legalizers.

Those who stayed at the negotiating table to the end got some fantastic concessions from the California Police Chiefs Association. “It’s just frustrating,” Bradley said. “Some people just always want everything.”

With regulation efforts dead for the year, local bans and regulations stay the same throughout California.

We are 27 months from a likely legalization vote in California. About 53 percent of state voters support 21-and-over legalization with restrictions.

“We will have adult-use before we have a regulated medical marijuana system,” DeAngelo said. “It’s clear since 1996 that the legislature is unable to decide on a system they can all agree on. I don't think the voters of California are going to have that problem in 2016."