Hell hath no fury like a homeowner who thinks his property value is in decline, folks.

Driven by nuisance complaints, the Fresno County Board of Supervisors voted 5-0 last night to ban all medical cannabis cultivation in unincorporated parts of the county, the Fresno Bee reports. The ban institutes fines of $1,000 per plant and $100 per plant per day for each day the plants remain after the first fine. The ordinance takes effect in thirty days.

Pot remains illegal federally and in the state of California, though Californians approved medical defenses against charges of illegal pot growing in 1996. Patients can legally grow up up twelve immature plants or six mature plants unless a doctor says they need more. Typically, federal law enforcement won’t prosecute cases of less than one hundred plants. 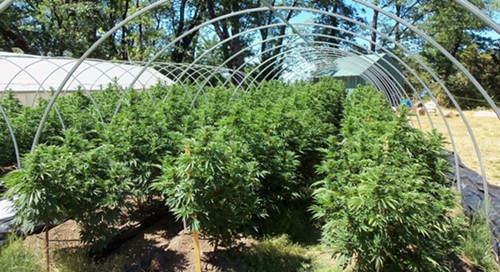 Medical marijuana patients as well as illicit growers have been taking advantage of the Compassionate Use Act, leading to neighborhood complaints about decreased property values due to pot odor and crop security features like guard dogs, fences, and lights. One outdoor plant can yield anywhere from one to ten pounds of pot, which fetches roughly $1,500 per pound on the wholesale black market. That creates an incentive for robbery in the impoverished county.

Fresno is the first large county to ban all medical pot growing and more are sure to come in 2014.

California NORML is sponsoring a challenge to the legality of banning all medical pot growing in a California jurisdiction. It could be at least thirty days before the California Supreme Court decides to review the challenge.

Fresno residents have thirty days to gather enough signatures to kick off a referendum vote on the new ban.