UCLA professor and Washington legalization wonk Mark Kleiman calls the evidence "extremely tacit" approval at best in a Thursday post to his blog on SameFacts.com.

"... no one at DoJ has given the government of Colorado any promises of non-interference with the activities of Colorado’s licensees. There have been discussions involving state and federal officials, but no negotiations of the 'If you do X and Y we’ll let your people alone' variety.

"That seems to me like a big missed opportunity," Kleiman writes. "... had the federal government presented the two state governments with a list of demands there would have been very strong incentives pushing state officials to meet those demands. Once Washington and Colorado have regulations in place and start issuing licenses, retro-fitting the terms of a bargain into that process gets much, much harder." 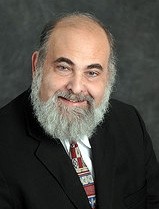 Kleiman endorses a Congressional policy waiver for the states, or a deal between the White House and the states, both of which are allowed for by federal law, he writes in the Journal of Drug Policy Analysis August 21.

"Contractual agreements, which are provided for in the law, may be the only workable option [President Obama] has for preventing Washington and Colorado from flooding the country with high-potency, low-price marijuana," Kleiman said in a UCLA release. The release notes, "Federal law forbids marijuana, but the federal government — with only 4,000 drug enforcement agents, compared with more than a half million state and local police — lacks the capacity to enforce that law without the active help of state and local governments. More than 90 percent of marijuana-dealing arrests are made at the state and local levels."

Sen. Patrick Leahy will chair hearings on the issue Sept. 10