Medical marijuana activists are gearing up to protest President Obama's fundraising visit to the Fox Theater in Oakland Monday, according to statements from patient lobby Americans for Safe Access.

Organizers expect hundreds of medical marijuana supporters ­to amass for a rally from Noon to 5 p.m. at City Hall, just a few blocks from the Fox. A press conference is scheduled for 1:45 p.m.

As a presidential candidate, Obama said he would not use federal resources to go after medical marijuana, and federal law enforcers continue to generally ignore patients and caregivers. Marijuana businesses have become another story, though, with the Justice Department threatening, suing and raiding operators in California's $1.3 billion medical pot market.

The Monday protest is shaping up as the biggest response yet to a new forfeiture threat against Harborside Health Center of Oakland, a six year-old non-profit with an estimated 100,000 members. 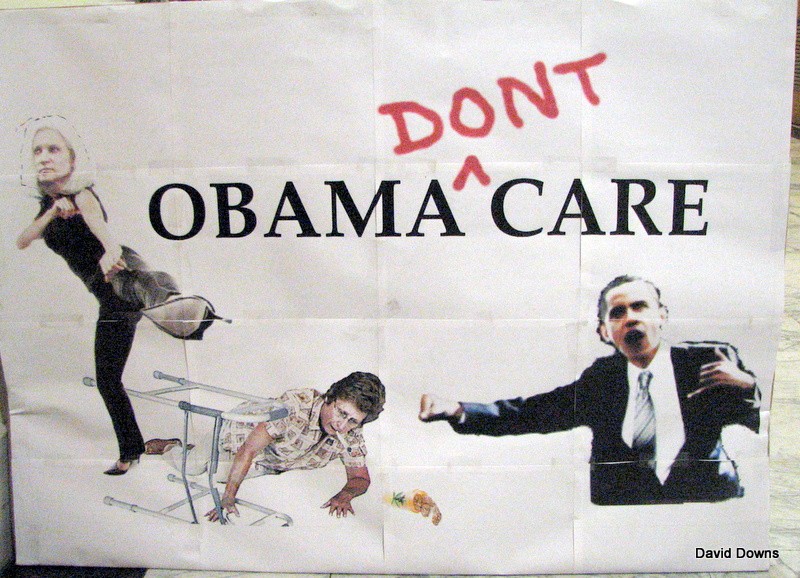 Oakland, CA — Hundreds of medical marijuana patients and advocates will stage a rally Monday in downtown Oakland at a fundraiser for President Obama's re-election campaign. The president's visit to Oakland follows a recent forfeiture action aimed at shutting down Harborside Health Center, a city-permitted dispensary that has operated since 2006 without incident. Earlier this year, the Obama Justice Department raided and shut down another of Oakland's permitted dispensaries, Blue Sky, leaving the city with a dwindling number of facilities to serve Oakland's patient population. On Monday, protesters will demand an end to federal interference and call for the firing of Melinda Haag, the U.S. Attorney for northern California.
What: Rally and press conference to protest federal attacks on the medical marijuana community and on Oakland's dispensaries in particular
When: Monday, July 23rd Press Conference at 1:45pm (Rally Noon-5pm)
Where: Press conference at Oaksterdam University, 1600 Broadway, Oakland (Rally at City Hall Plaza)
"The Obama Administration's attacks on the medical marijuana community are unprecedented and out-of-control," said Steph Sherer, Executive Director of Americans for Safe Access, the country's leading medical marijuana advocacy organization and one of the groups organizing Monday's rally. "We're here to let the president know that there's a political, and not just a financial, cost to shutting down law-abiding dispensaries," continued Sherer. "Patients are demanding that the president take account for his administration's harmful actions and address medical marijuana like the public health issue that it is."

President Obama has been dogged for the actions of U.S. Attorneys over the past two years, as his administration engaged in an all-out attack in medical marijuana states. From thinly-veiled threats against public officials in several medical marijuana states to hundreds of SWAT-style raids and threats against property owners, resulting in the closure of hundreds of dispensaries in California and other states, Obama's Justice Department has expended millions of dollars to target state law-compliant businesses.

These attacks represent an about-face to President Obama's stated policy that he was "not going to be using Justice Department resources to try to circumvent state laws on this issue." Most recently, Attorney General Eric Holder testified before the House Judiciary Committee last month that his Justice Department was only targeting medical marijuana businesses "out of conformity with state law." Four days later, Drug Enforcement Administration (DEA) agents raided El Camino Wellness, a legally permitted dispensary in Sacramento widely supported by City Council members and others in the community.

Just last week, U.S. Attorney Melinda Haag filed a forfeiture lawsuit against the landlord of Harborside Health Center, lauded as the most popular dispensary in the country, in an attempt to shut down its two facilities in Oakland and San Jose. The legal action by Haag elicited outrage from not just the medical marijuana community, but also from a number of supportive public officials, including Oakland City Attorney Barbara Parker, State Assembly member Tom Ammiano (D-San Francisco), and Betty Yee of the State Board of Equalization, which collects more than $100 million in annual sales tax revenue from California's dispensaries.

In May, the Alameda County Democratic Party Central Committee unanimously adopted a resolution, decrying the federal raids as "a breach of promise and ill-directed use of taxpayer dollars," and calling on the federal government "to adhere to Administration promises about respecting state laws on medical marijuana by directing federal agencies to cease and desist from any further such action in California."