Review: J Balvin Proved Why He's One of the World's Biggest Latinx Acts at Oracle Arena

Long lines and delays were ultimately forgiven thanks to J Balvin's amazing performance. 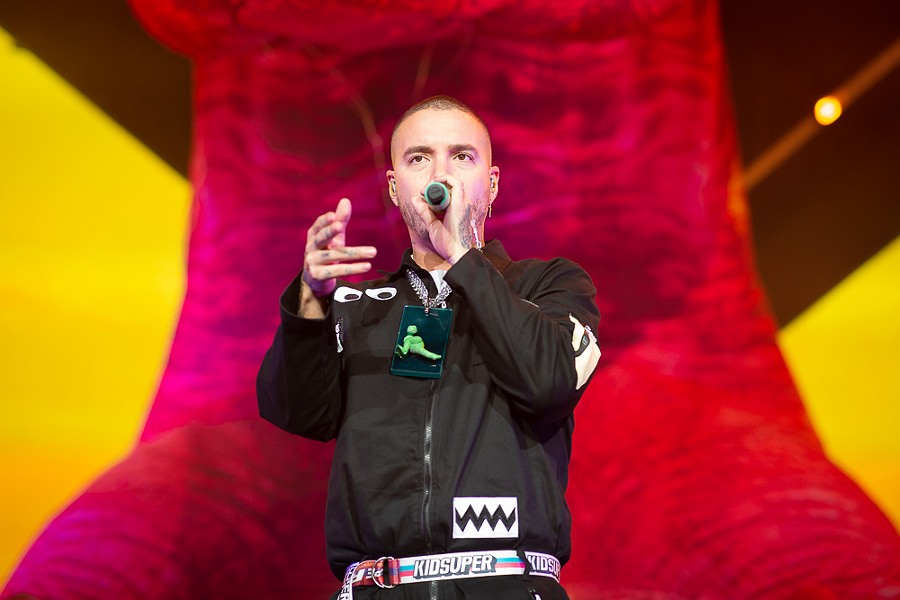 The last time J Balvin was at Oracle arena was back on Feb. 15, 2015 when he was the opening act for Pitbull and Enrique Iglesias' joint tour. I was at that show with my mom as my date, and vividly remember her saying, “one day he’s going to headline his own tour here.” I brushed off her comment, it wasn’t that I didn’t believe that he was talented. At the time, there wasn’t this music Latinx explosion like what we are experiencing today.

Much like my mother predicted back then, J Balvin made his solo debut at Oracle for his Vibras tour. This isn’t the first tour for the Colombian sensation, last year he played a much smaller show at Civic National City in San Jose for the Energía tour.

The larger venue is an indication of the growth and success that he’s experiencing. It doesn’t hurt that Queen Bey invited him onstage during her Coachella appearance to perform the “Mi Gente” remix — the 33-year-old also appeared on stage alongside Cardi B for the song, “I Like It.”

His solo debut at Oracle didn’t go without a glitch, there were long lines throughout the different gates to make it past security, and even longer lines to make it into the venue before the show. Fans of course expressed their discomfort with waiting and not knowing why there was such a long delay.

The concert finally took off at 10 p.m., the hours long wait didn’t seem to have mattered. When J Balvin took the stage all was forgotten.

The timid J Balvin who took the stage as an opener in 2015, was long gone, on stage, fans were witnessing a certified performer.

He opened the show with the song “Machika,” that the Colombian singer recorded with Aruban singer Jeon and Brazilian singer Anitta.

The show itself was a spectacle of lights, props, and back-up dancers — all complementing J Balvin on stage perfectly. If you wanted to see a giant inflatable T-Rex swaying back and forth as the singer was performing, this show got it. The show is playfully named "Vibras Fun Park” alluding to the Jurassic Park theme of the production.

The T-Rex wasn’t the only prop that adorned the stage, during his performance of the song “X” J Balvin climbed on top of a giant orange ball with googly eyes and sharp teeth. Every song earned a different prop or light effects, as well as a new danceable choreography courtesy of the back-up dancers.

Every detail of this magnificent production was well thought out and executed to perfection. Even Cardi B and Bad Bunny made an appearance via an emoji video that was shown on stage. Unlike other shows where those who attend and are not close to the stage are only able to see the performance from small screens on each side of the stage, J Balvin utilized the entire stage and used it as one gigantic screen.

As the Colombian singer was flying to his Oakland show, he received word of the eight Latin Grammy nominations that he received, including Album and Record of the year. Can we be mad at the delay in the start of the show? He probably indulged in a much-deserved celebration, J Balvin is, after all, the hottest Latinx act since Ricky Martin broke into the anglo world in the ‘90s. 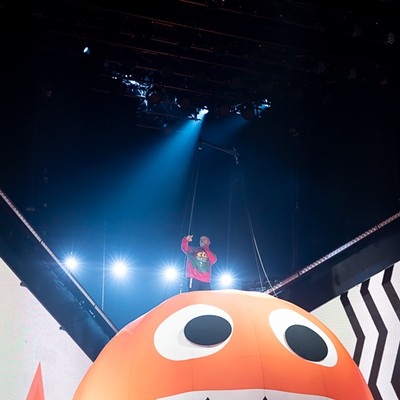 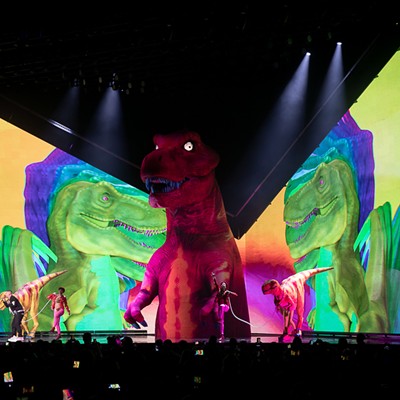 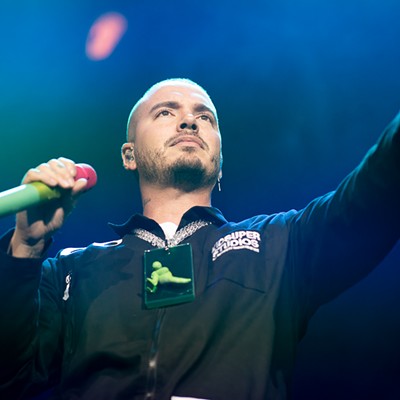 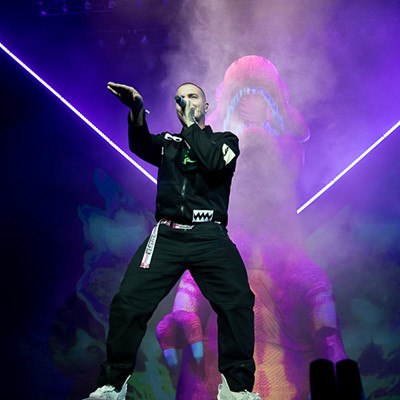