OP-ED: Black Futures Month: Safe Space as Service to Us, by Us 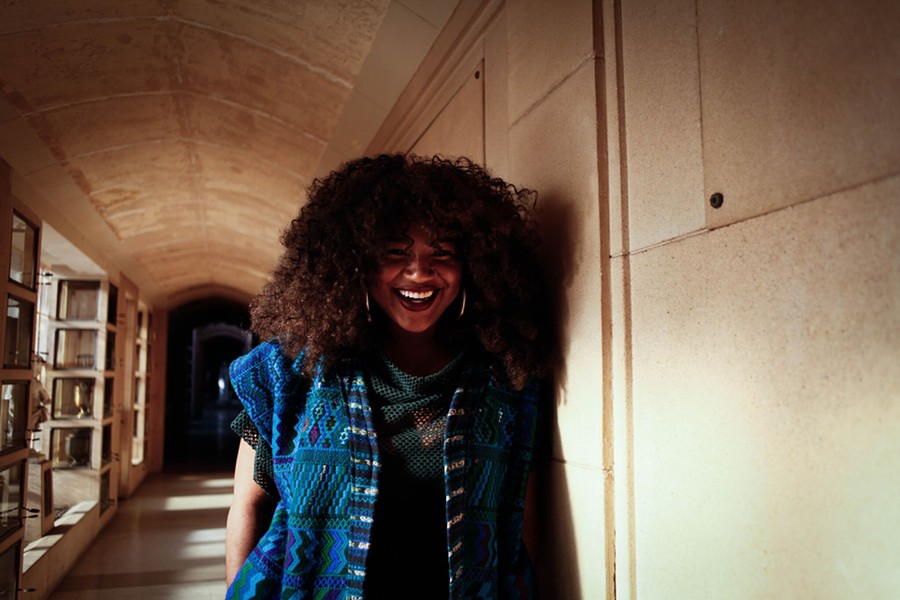 Imagine how inhabitants of the first half of the 21st century might be remembered in the near future: We're on-the-go millennials touching our phones around 2,600 times a day. We're global activists urged on by a penchant for socio-political revolution, and the creation of an equitable future. We're also an ever-developing independent workforce defining entrepreneurship on our own terms. Multiple modalities is our modus operandi. But for many of us, intersectionality has been a long-lived experience. Thankfully, we're in an age where we can #SayHerName and say #MeToo. "Intersectionality" is a term that no longer warrants auto-correction. Our differences are becoming understood representations of reality, ways of being boldly claimed and redefined.

And what will be said of our current milieu? YouTube church, and a long Silk Road; digital diets, and text therapists. A cloud, holding separate but equally vulnerable, the value of all our lives. Complex corporate campuses, but tiny houses. Art from tragedy. Remote everything. Minimalist longings conflicting with maximalist tendencies. In this age of intended connectivity and consequential isolation, all our complexities taunt, "a whole you may never find solace here."

Unfortunately, the incongruities of that somewhat dramatic summary aren't eased by sober insight.

In 2012, Gallup reported that of the 5.4 million LGBT workers in the U.S., the 1.8 million people who identified as of color faced higher rates of unequal pay, unemployment, and homelessness, and unfair access to job-related benefits, leaving them with fewer resources to care for themselves and their families - despite doing the same jobs and working just as hard as non-LGBTQ people of color (POC).

Similarly, according to the Institute for Women's Policy Research, nationally, women are more likely to have a college degree than men, yet women face higher poverty rates and lower earnings across the board. Adding to this, in 2015, 14.5 percent of women 18 and older had family incomes below the poverty line, a statistic exacerbated in Southern states, with Hispanic women having the lowest median annual earnings compared to other women.

This history of incommensurate labor for women and queer POC has occurred at the expense of personal resources and tools for actualization, diminishing the potential economic, political, and social impact of their communities. And worse still, in diverse localities like Oakland, extreme patterns of inequality are exacerbated over generations in the form of discriminatory economic and political policies, holding back our communal potential.

The results are under-resourced individuals asked to thrive in under-resourced communities - their safety is too often undervalued - their sustenance, for far too long, left an afterthought.

Even as we barrel into the future, long-term access to space created for, by, and in-service to marginalized communities is infrequent. This is especially true in and near areas of gentrification occupied by working-class, queer, POC, and immigrant communities.

The world is in dire need of more space where authenticity penetrates, respects assumed difference, bridges distance, and makes way for a close collaboration that comes from deepened understanding. Now, more than ever, we need space that serves our wholly complex and intersectional selves.

And yet, brave space, even in so-called sanctuary cities like Berkeley, Los Angeles, and San Francisco, is hard to find. More often than not, localities profit from policing and deportation policies, and exacerbate extreme patterns of education, wealth, and ownership inequality. And even when in existence, few of these brave or safe spaces function in ways that allow Black and queer people to call them Home.

"He was like me - a kindred spirit crazy enough to keep on trying."
― Octavia E. Butler


In my personal life, I turn to readings, pedagogies, and practices informed by Black feminist thought, and show up with empathy in action.

In our communal efforts, I believe we must be informed by similar praxes, turning to POC-led agencies, organizers, thinkers, creators, and collaborators - those who take on hybrid identities in order to service and invest in our community from a multitude as great as that which we encompass.

And this intentional turning - an action to entrust, not appropriate the work of, POC communities - is necessary to ensure our communal survival and to co-create our shared legacy. It begins with collective efforts to #TrustBlackWomen*. It's led by matriarchal communities in concert with all who can assist them in carrying out a new and bold vision. It progresses by equipping women and QTPOC with tools to reclaim their time, their efforts, their livelihood, their communities, and as such, their power.

This Black Futures Month, I want to remind us that space — the unlimited or incalculably great three-dimensional realm in which all material objects are located and all events occur — when defined, can foster intimacy, relationships, belongingness, love, esteem, and growth. Hella Black Brunch and Khafra Community Cohort are just two examples of how I am creatively collaborating to build space as service with community partners such as Qulture Collective, Oratory Glory, Beneficial State Foundation, Hell Yeah Group, Redwood Hill, and Pleasure Principle Dining Events, and others. Together, we're dreaming up space and place where previously marginalized people are supported and allowed to flourish. Space to collaborate and practice natural thought and resolution partnership. Space to look up to our North Star: communal actualization. Space that we need to build new futures. But more importantly, we need each other, and you, to create it. What future do you long for, and are you ready to build it, together?