Outside Lands Day One Marred By Scheduling Changes

We’ve come to expect a lot from Outside Lands, with the past two years presenting huge names as well as seamless execution. On Friday, the 10th edition got off to a slightly shaky start.


Due to travel delays, A Tribe Called Quest’s set was rescheduled for Saturday night — a huge blow to single-day ticket holders, many of whom probably came specifically for the legendary hip-hop act.


The first sign of trouble struck at 2:55 p.m. at the Gastro Magic stage, when A Tribe Called Quest’s Jacobi White wasn’t immediately present for his show with San Francisco chef Chris Cosentino. San Francisco’s Jazz Mafia successfully stalled with a fun, funky set, which then saw Cosentino awkwardly starting his cooking demo without his partner. Finally, an hour after his scheduled appearance, White arrived following a flight delay from Denver, Colorado. Unfortunately, they all had to vacate the stage mere minutes later. Shortly thereafter, Tribe’s rescheduled set was announced. 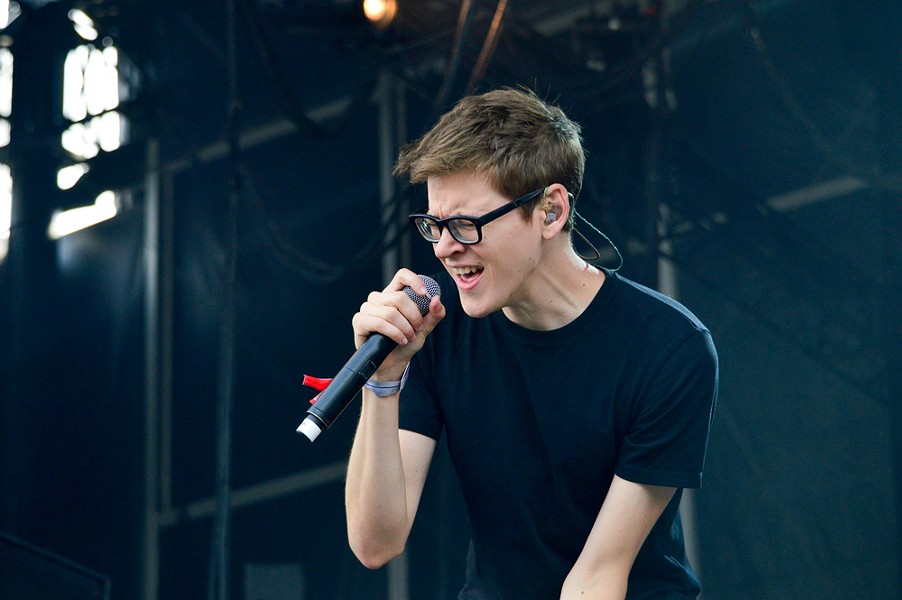 That, in turn, left the main stage in a bit of a kerfuffle. RAC suddenly appeared to fill in some lag time, while Little Dragon went on more than an hour later than planned.


The confusion set the stage perfectly for Fleet Foxes, though, who suddenly had the attention of tens of thousands of festival-goers who might have hit up Tribe instead. It was a triumphant return for Fleet Foxes, who have been on hiatus the past six years. Frontman Robin Pecknold broke out in constant, toothy grins, as if he couldn’t believe he was back in action or that people still cared. Needless to say, they cared. With as many as 10 musicians on stage at once, the band skillfully delivered their catchy four-part harmonies from their debut as well as more experimental, cinematic work from their new album Crack Up. 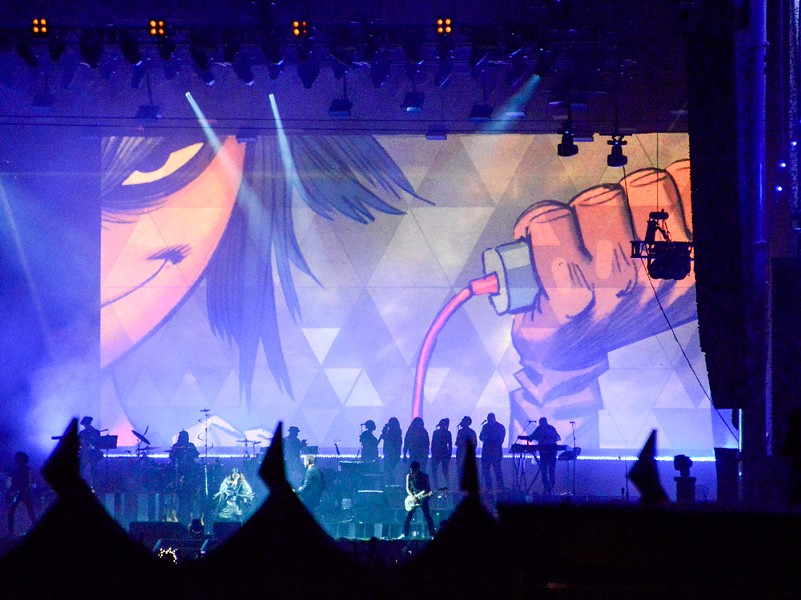 Headliner Gorillaz closed out the show with a monster of a multi-media production. Best of all, the two-hour set showcased lots of guests. Kali Uchis, the Colombian singer who also performed earlier in the afternoon — her second-ever show in San Francisco — was brought on for “She’s My Collar.” Pusha T joined for “Let Me Out.” Both songs come from Gorillaz’s new record Humanz, which dropped in March. But perhaps most memorable was Yukimi Nagano of Little Dragon, gliding around in her silver space dress and sounding pitch-perfect, per usual.

Outside Lands continues Saturday with Metallica, Cage the Elephant, and, now, A Tribe Called Quest. Three-day and single day passes are sold out. For the full schedule, visit sfoutsidelands.com.