Grace Jones
While Madonna gets most of the credit for Eighties bad girl icon, her contemporary Grace Jones is queen of the avant-garde and still a force to be reckoned with today. The glam rock and disco vet is coming to Berkeley’s Greek Theatre on August 27, and her visually stunning performances have been said to leave fans speechless. She’s an inspiration for generations of club kids pushing forward boundaries in music and fashion, and at 68 years old, it’s amazing that she’s still touring. Blood Orange, singer-songwriter Dev Hynes’ electro-pop project, is opening for Jones. Blood Orange’s beautifully intricate, socially conscious new album Freetown Sound should be on everyone’s summer playlist. As two artists whose work challenges pop convention as well as stereotypes surrounding race, gender, and sexuality, they’re a perfect match for this bill. — Nastia Voynovskaya
Sat., Aug. 27, 8 p.m. Greek Theatre (2001 Gayley Road, Berkeley). $59.50. TheGreekTheatreBerkeley.com

Government Flu, Sterile Mind, Rut, and Drop In
Plenty of Americans associate the countries of the former Eastern Block with a Cold War-era dystopian fantasy. But, as a first-generation Russian immigrant, I’ve never appreciated my people being portrayed exclusively as movie villains in pop culture. However, I’m all for Eastern Europeans critiquing our own corrupt societies, so I was excited to learn Polish hardcore band Government Flu is playing at 1-2-3-4 Go! Records with local hardcore acts Sterile Mind, Rut, and Drop In. Like a lot of hardcore, Government Flu’s music is fast and jarring, and their new English-language album Vile Life conveys the band’s fury with plenty of feedback and frenetic guitar solos. — N.V.
Fri., Aug. 26, 7 p.m. 1-2-3-4 Go! Records (420 40th St., Oakland). $8. Facebook.com/1234GoRecords

ST Spittin
A standout member of Kool John’s Shmoplife collective, ST Spittin gets his name first and foremost from his deft ability to spit bars. With his bass-heavy slappers and twerk anthems, the rapper manages to demonstrate his technical skills on the mic as well as his ability to craft clever hooks. He stood out amid the features on Tia Nomore’s debut album, Holloween, and his new single with Skipper of HBK Gang, “Boomerang,” has been making its rounds on SoundCloud. The fun-loving EP he dropped at the beginning of this year, Lucky 7, showcases the rapper’s versatile flows and ability to bring instant party vibes. Check out his headlining show at Brick & Mortar Music Hall on Friday. — N.V.
Fri., Aug. 26, 9 p.m. Brick & Mortar Music Hall (1710 Mission St., San Francisco). $8. BrickAndMortarMusic.com

299792458
In a pitch-black room, there’s a sudden flash of light followed by a steady ticking. A counter appears projected on a wall, accumulating nanoseconds at a speed about a billion times slowed down. Eventually, the projection offers more: The illuminated outline of a shoe appears, then the light source travels up legs and onto a torso until it finally hits a face. Once it reaches the wall, a bright circle of light emanates outward, then all goes black. It almost looks like a grainy movie of someone scanning a seated person with a flash light, illuminating each portion of their body separately to create a mysterious, fluid animation rather than a static image. Actually, though, it’s SEEC photography. That’s “see” and “C,” the mathematic term for the speed of light. SEEC was created through the collaboration of quantum physicists Thomas Juffmann and Philipp Haslinger and photographer Enar De Dios Rodríguez as an experiment in visualizing the speed of light and the way that photography works. First, they shot their subjects with a super fast laser. Then, using a custom camera with a hyper-fast shutter, they continuously captured the photons as they bounced back off the subject — visualizing the delay it takes for light to hit objects that are further away. Now, a collection of their photosets are on view at Aggregate Space Gallery in the show 299792458. Highly recommended. — Sarah Burke
Through September 24. Artist talk on August 27, 11 a.m. Free. AggregateSpaceGallery.org

Pints at the Park
Perfect timing: After hitting the Grand Lake farmers’ market this weekend for locally-grown, seasonal produce, mosey on over to the Lake Merritt Amphitheater for locally-grown music, beer, and food. Alameda’s Lucky 13 beer truck’s list of sudsy delights is long and heavy on local brews like Linden, Faction, Temescal, and Cleophus Quealy. Grab one of these and a bite from a food truck to soak up the suds, then proceed to the lawn to soak up some tunes. Food trucks include Fist of Flour, Go Streatery, and Kenny’s Heart and Soul; the music line-up includes the Saloons, the Jilters, and the Grand Nationals. Presented by Beers Without Borders and benefiting the Studio One Art Center and Operation Dignity, this one’s essentially free, but purchasing a ticket gives access to unlimited beer in the brewer’s tent and a pig feed. Tickets available on Eventbrite.com.
Sat., August 27, 2-8 p.m., Free (tickets to pig feed and brewers tent, $99), Lake Merritt Amphitheater 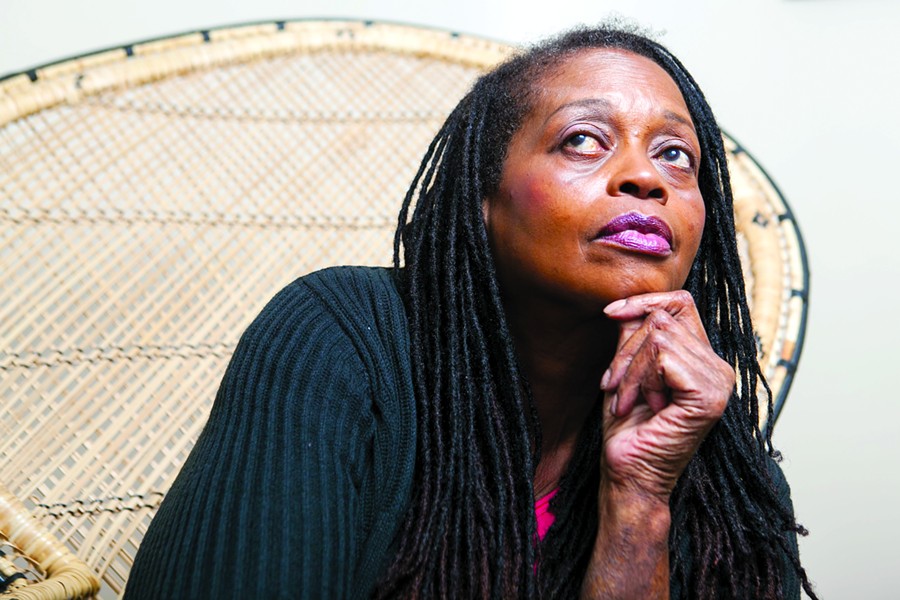