July 29, 2016
comment
After you're done — inevitably  whether you like her or not —watching Hillary's speech, then reading all the think pieces about her speech, then looking at all the gifs of her presenting the speech, then lurking all the Hillary memes playing off the speech... you might just have time to do something this weekend. Even if it's just to get out of the house to play Pokemon Go. Maybe? Here are some ideas: 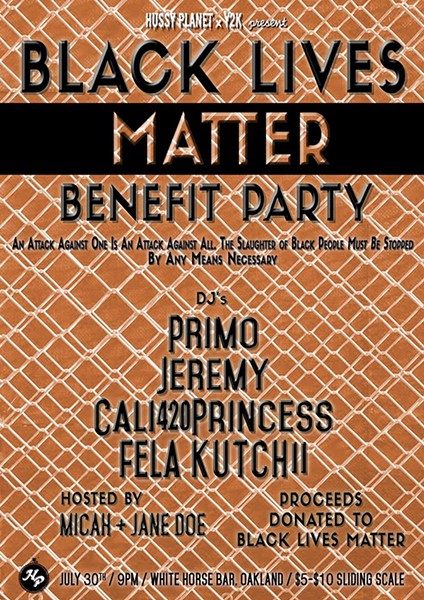 Boom: The Art of Resistance
Aside from Oakland, I want you to know… at the Oakland Museum of California and Disruptus at Vessel Gallery, there will soon be yet another exhibit open that centers on the fight against gentrification in Oakland. Boom: The Art of Resistance, which will open at Random Parts gallery (1206 13th Ave., Oakland) on Saturday, July 30, will showcase anti-displacement tactics being used in the Bay Area. Organized by prolific art activist Leslie Dreyer (who was partially behind the widely publicized theatrical Google Bus protest in 2014) in consultation with OaklandAwake and Bay Area Society for Art and Activism, the show will feature the Save East 12th Coalition, Anti-Eviction Mapping Project, Qilombo’s Fight for Afrikatown, and many others. Before the opening reception on Saturday (5:30–7 p.m.) there will be a “Gentrifukation Tour” led by POOR Magazine, a nonprofit organization run by self-identified “poor” and indigenous people. As the description states, the tour guides will explore stolen and colonize land in the area while re-inserting indigenous histories and landmarks.— Sarah Burke
Through August 20. Free. RandomParts.org 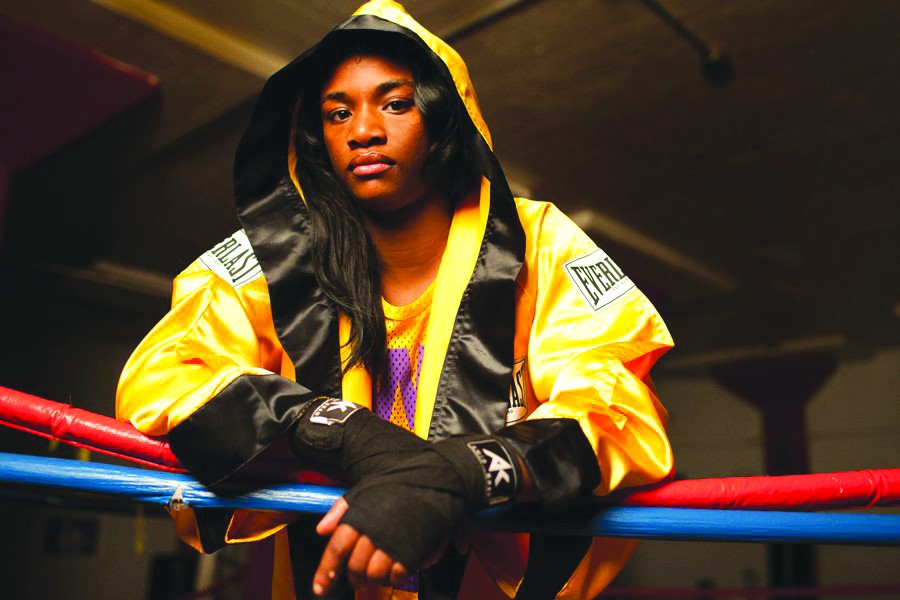 Women Sports Film Festival
The realm of sporting events has not only become increasingly distanced from the craft of focused athleticism — approaching instead a performative spectacle of advertisement and excess — but has historically been a space dominated by men. Even as exposure and excitement increases for women’s sports, stereotypes overwhelm conversations centered on women in this traditionally male arena. The Women Sports Film Festival, kicking off with a free first screening of T-Rex: Her Fight for Gold on July 28 at 6:30 p.m., will show ten films this weekend at The New Parkway (474 24th St, Oakland), all centered on impressive female athletes who are distancing themselves from the expectations set for women in sports. Attending the festival, intentionally set for the weekend preceding the opening ceremonies of the Summer Olympics, will be a perfect way to get excited about small victories within the changing nature of sports, including the ever-increasing access for women and other marginalized groups.— A.N.
July 28–30. $15-$175. WomenSportsFilm.com

Uptown Thief Book Release Party
East Bay author Aya de Leon’s new novel, Uptown Thief, is a Robin Hood story made contemporary. It revolves around Marisol Rivera, an abuse survivor who runs a Lower East Side health clinic for disadvantaged women. And to pay those bills, she also runs a high-end escort service for New York City’s richest businessmen that gives her the perfect opportunity to rob them. But, of course, things don’t run smoothly forever. The suspenseful plot involves a sexy ex-cop, a powerful thug, and a mega-billionaire. And, anyone familiar with de Leon’s work can anticipate that the narrative has social justice inclinations — not least, putting a powerful woman of color at the center of a deadly heist. There will be a release party for Uptown Thief on On July 30, from 3–5 p.m., at La Pena Cultural Center (3105 Shattuck Ave., Berkeley) featuring a reading and interview with de Leon and a performance by musician Vixen Noir. — S.B.
Sat., July 30. Free. LaPena.org

The Half Orange’s Two-Year Anniversary
When The Half Orange (3340 E. 12th St., Oakland) first opened in the Fruitvale, a restaurant specializing in burgers, sausages, and craft beer may not have seemed like a logical fit for a working-class Latino neighborhood. But here we are two years later, and it’s hard to imagine the Fruitvale Public Market without this reasonably priced, community-oriented spot at its heart. This Saturday, the restaurant and beer garden will celebrate its two-year anniversary all day with music, a brand new beer brewed especially for the occasion by Ale Industries (a Fruitvale neighbor), and Santa Maria-style slow-smoked tri-tip sandwiches (served with pico de gallo and a side of white beans cooked in bacon fat) — all in keeping with summertime’s easygoing, chill-on-the-patio vibe. No reservations necessary. — Luke Tsai
Sat., July 30, 11 a.m.–10 p.m., a la carte, TheHalfOrange.com

Muffled Corners
Emmeline Gonzalez-Beban is a resident artist at SAFEhouse Arts, a charming nonprofit venue that sits atop the Burger King neighboring the Civic Center BART stop in San Francisco. In 2015, she founded Slick Babble Dance Project, a project that uses dance as a medium to respond to systems that seek to rationalize and organize chaotic everyday experience. On July 30 and 31, Slick Babble will come to the East Bay to present Muffled Corners, a series of short contemporary dance pieces, at Berkeley City Ballet (1800 Dwight Way). The show will present pieces choreographed by the project’s founder, along with pieces choreographed by Kim Ip and Amelia Eisen. Although broad in thematic scope, the performance is likely to encourage conversation surrounding unconventional body movement as a site for playful exploration and self-care. — Anna Nolan
Sat., July 30. 8 p.m. Sun., July 31. 2 p.m. $15-$25.Artful.ly