Thoughts on Stanley Kubrick: The Exhibition, Which Opened at the Contemporary Jewish Museum This Week 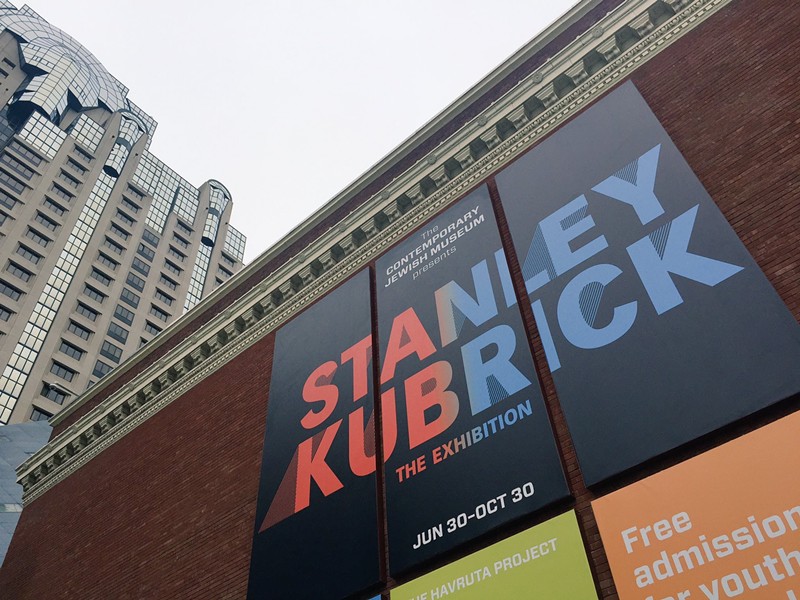 There's a tiny room in the back of the new Stanley Kubrick exhibit at the Contemporary Jewish Museum, and inside are all sorts of storyboards, photos, sketches, scripts and more — but for the films that Kubrick never got around to making.

On one wall, a shelf holds dozens of books on Napoleon Bonaparte, which is just "part" of Kubrick's collection of literature and research on the French general. In fact, an entire scene-by-scene outline of the oft-discussed Napoleon epic that the legendary filmmaker never even started shooting is on display as well.

I was standing in this little room, marveling at all t 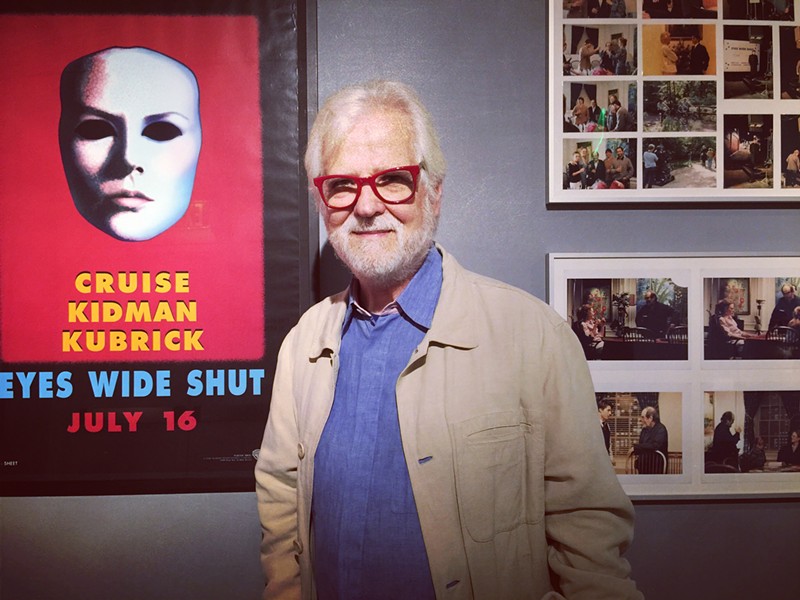 his Kubrick pre-production research — his vast tome of tireless preparation — when his longtime executive producer Jan Harlan walked in. I explained to him how stunned I was to witness all this prep for films such as Napoleon and Aryan Papers, which also never saw the dark of a movie theater. It was a bit sad, in fact.

Harlan explained that this was but a fraction of Kubrick's pre-production research for those unmade movies. He said Kubrick loved pre-production more than anything; he lost himself in exhaustive research and endless development. Not unlike how he also loved the editing process.

"But he hated filming."

OK, so Harlan didn't say these exact words; I'm paraphrasing because, caught up in our conversation, I did not take notes. But this was precisely his point: One of the greatest filmmakers of the 20th century didn't really enjoy the process of standing behind a camera and actually filming a movie. 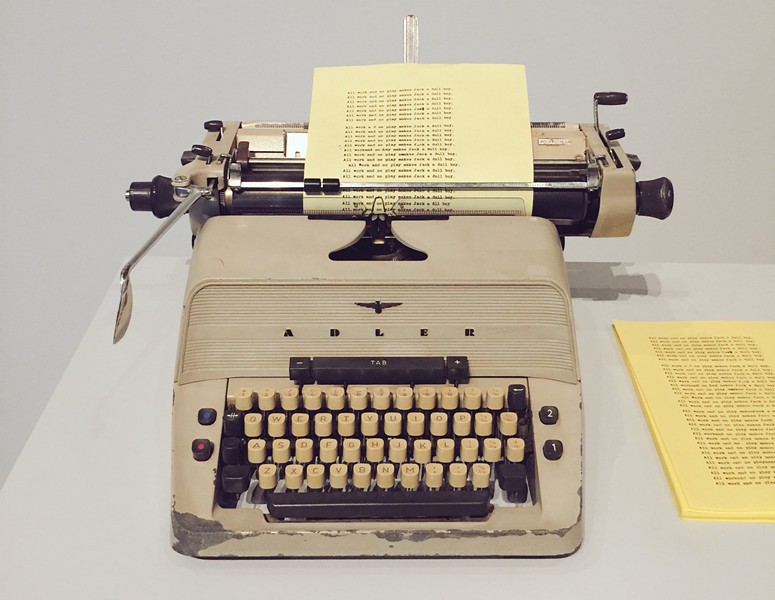 t's what's so cool about Stanley Kubrick: The Exhibition: It's a window into the the master filmmakers behind-the-scenes process. Sure, the gallery has on display all the legendary props from Kubrick's thirteen feature films — the droog costume from A Clockwork Orange, the apes and astronauts from 2001 — and seeing all these costumes and props in person was an overwhelming experience for someone reared on Kubrick's powerful, inimitable images.

Yet it was the small items in the gallery, such as the letter Harlan sent to Kubrick about his discovery of the Steadicam — which he used on The Shining and, in turn, transformed modern filmmaking as we know it — that wowed. I spent nearly two hours in the exhibit, and could have lingered through the afternoon.

The exhibit is also a reminder that, unlike most modern-day genre filmmakers, Kubrick's films offered deeper insight. He clearly was a master story-teller. But his legacy is films that with a message for all of humanity.

"Stanley was a moralist!" Harlan practically shouted during our chat. Lovers of his films know this, yet Kubrick-as-moral-compass of course belies our public's perception of the very private man, who created some of the most contentious films of the last millennium (think Lolita and Clockwork Orange, in particular).

Kubrick's lens was harsh and brutal. Yet, by all accounts, he was a loving family man. And this tenderness, the attention to detail and passion for the craft, comes across in the exhibit.

At the press event this past Wednesday, Harlan and Kubrick's daughter, Katharina Kubrick, were outgoing, funny, generous with their time, and very down to ear 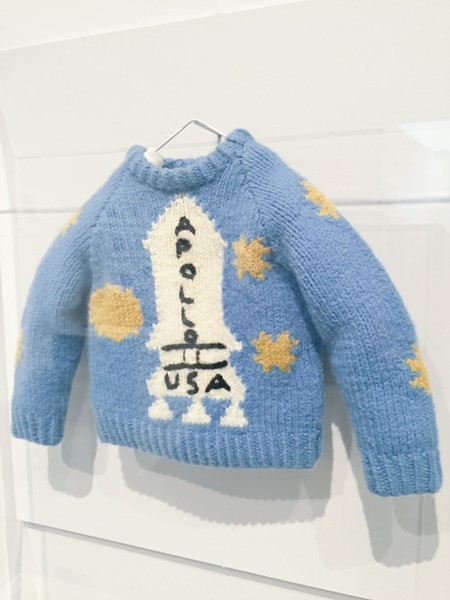 th. Katharina even told me about her battle with Warner Bros. over Eyes Wide Shut's posters: She designed stunning and theatrical one-sheets with masks of Tom Cruise and Nicole Kidman's faces, but the studio rejected them for much more generic artwork.

Harlan also dished on some behind-the-scenes details, especially regarding Eyes Wide Shut, including a scene that was storyboarded but never filmed: A jealousy dream where Bill (Tom Cruise) imagines his wife, Alice (Nicole Kidman), having sex with a man while riding a horse (Harlan said Kidman was down to make the scene, but it was eventually scrapped).

Before the media-preview tour began on Wednesday, Harlan gave a brief introduction to a room full of reporters. During his chat, he explained how he's often asked to summarize Kubrick in one sentence. His response:

"A man once loved a one eyed woman, so much that it seemed to him all other woman had one eye too many."

There are also multiple special events and screenings of Kubrick and Kubrick-related films in the coming months, most notably: The Yerba Buena Center for the Arts will screen Paths of Glory, The Killing, Fear and Desire, Killer’s Kiss, Dr. Strangelove and Lolita from July 15-29.

And the Alamo Drafthouse at the New Mission will show The Shining, Eyes Wide Shut, Barry Lyndon, Full Metal Jacket, 2001: A Space Odyssey, and A Clockwork Orange from August 28-September 19.

And, finally, there will be an epic performance by the San Francisco Symphony of the score from 2001 during a screening of the film, October 13-15.

Stanley Kubrick: The Exhibition opened on June 30 and continues through October 30 at the Contemporary Jewish Museum (736 Mission St. in San Francisco, visit TheCJM.org for details on hours, admission, etc).