June 24, 2016
1 comment
It's been another wild week of scandal in the national press for the city of Oakland. We even made it onto a Comedy Central skit. Yikes. Maybe get out this weekend, and try to take your mind off things? We've got some ideas: 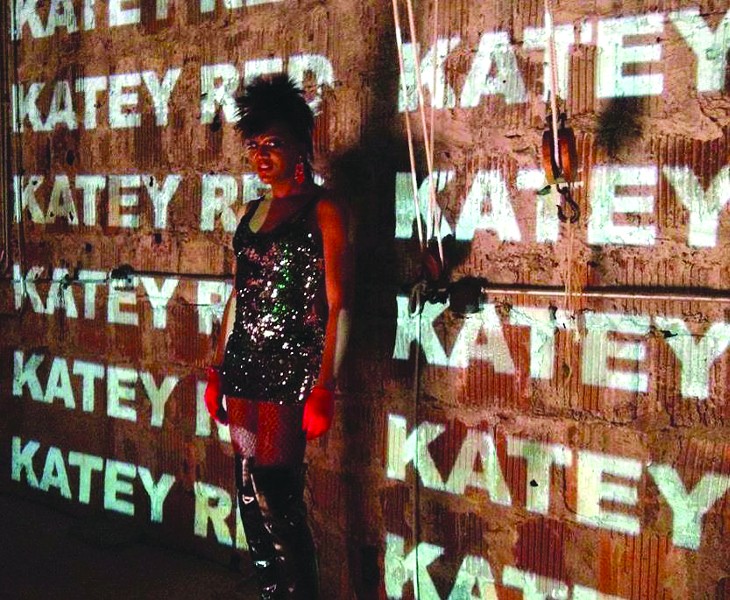 House of Babes
Happy LGBTQ Pride, everyone! While the main parade in downtown San Francisco draws out mostly tourists and straight people and is overrun with corporate sponsors, there are plenty of cooler queer events going on in San Francisco throughout the last weekend of June. House of Babes is one of the best and biggest, and this year the party returns to Public Works with performances by New York rapper Dai Burger and Katey Red, a transgender MC from New Orleans who is known as the Mother of Sissy Bounce. Bounce music started in New Orleans’ LGBTQ community, and artists such as Red and Big Freedia made its sound and dance moves popular to the masses (twerking, hello). Katey Red is a cult hero in Louisiana but rarely performs on the West Coast, so this House of Babes will be a special one. Don’t forget your hot pants and do your stretches beforehand. A portion of the party’s proceeds go to Black Lives Matter, also. — Nastia Voynovskaya
Sat., June 25, 7 p.m. Public Works (161 Erie St., San Francisco). $15-$50. PublicSF.com

Hieroglyphics
Hieroglyphics is a legendary Oakland hip-hop collective that was at the forefront of conscious hip-hop on the West Coast in the early Nineties and continue to have an active presence in music as well as in the community. Del the Funky Homosapien, one of the collective’s stand-out MCs, is about to embark on his next national tour. And Tajai Massey (of Souls of Mischief, a group within the larger Hieroglyphics collective) recently launched a new interdisciplinary art space in San Francisco called ELL SF. Massey’s daughter, Siri, is also an up-and-coming rapper who is featured in this week’s music section. Catch Hieroglyphics live at the new UC Theatre on June 25. — N.V.
Sat., June 25, 8 p.m. UC Theatre (2036 University Ave., Berkeley). $32.50. TheUCTheatre.org

Queerly Beloved
With its spacious patio and affordable drink prices, El Rio is the perfect place to chill during Pride Weekend. On Sunday, the bar will be hosting Queerly Beloved, a day party with a diverse musical lineup. Star Amerasu, an experimental pop songstress, is certainly a performer to look forward to. She slayed with her musical performance at last year’s Brouhaha, a comedy showcase that featured exclusively trans women of color. And she recently released her mixtape, Eclipsing, a four-song electropop project with industrial and indie pop influences. Courtney Trouble will be giving a burlesque performance, and psych rock band Ancient Wing and lo-fi disco singer-songwriter DUBAIS will also be performing. DJs Jenna Riot, Workalook, OND4, and IZLA will be behind the decks. — N.V.
Sun., June 26, 3 p.m. El Rio (3158 Mission St., San Francisco). $10, $13. ElRioSF.com

Good Omen Market
Anyone who hasn’t been to Classic Cars West (411 26th St., Oakland) since it revamped its space with a full outdoor patio area, bar, and Hella Vegan Eats permanent pop-up should probably go soon. Even with all that stuff, there’s still a remarkable amount of open space in the sprawling gallery. And on June 25, for Good Omen Market, that space will be packed with artwork and handmade goods by nearly thirty local artists and makers. That means everything from one-of-a-kind clothes to screen prints to tinctures — all lovingly labored over by someone in the Bay Area. Aside from all the goodies for sale, SolidariTEA will be popping up for thirsty shoppers and Steve Sandwich and Spaceghost will be playing music throughout. Also, there’s no charge for admission. It’s a win-win-win-win situation, so sounds like a good time to go. — S.B.
Sat., June 25. Free. ClassicCarsWest.com

Master Harold ...and the Boys
South African playwright Athol Fugard’s highly acclaimed Master Harold… and the Boys has made it to Aurora Theatre (June 23–July 17). The play, which originally premiered in 1982 and is set in 1950s South Africa, centers around  n Afrikaner teenager named Harold and the two Black men employed by his family, who have cared for him his entire life. On one rainy afternoon, the three embark on reflections on homework, ballroom dancing, and personal memories that come together into both a dramatic coming of age story and a profound commentary on racism, inequality, and the ways that those aspects of life affect us at our cores. Although the play takes place in apartheid-era South Africa, it’s an ever-timely story for Americans. The Aurora production stars Andrew Humann, Adrian Roberts, and L. Peter Callender, directed by Timothy Near. — S. B.
June 23 through July 17. $32–$60. Aurora Theatre, 2081 Addison St., Berkeley. AuroraTheatre.org

The Hundy
Hey, look at that, The Hundy is in full swing already. Starting on June 18, E.M. Wolfman General Interest Small Bookstore (410 13th St., Oakland) set out to host one hundred poets in fifteen days. That means a poetry reading featuring around five poets every day, each curated by a prominent, or not-that-prominent-yet-but-still-cool, local writer. Readers happen at 7 p.m. every day, with bonus 9 p.m. readings on Fridays and Saturdays. Total poet insanity of the best kind. This is the Hundy’s second year, and last year they actually pulled it off. It’s not merely an arbitrary feat of marathon programming, but a testament to the East Bay’s thriving poetry scene and a re ason to celebrate it. Either show up at the right time on a day that you’re free, or be more selective and check out the lineup online. — S.B.
June 18–July 1. Free. WolfmanHomeRepair.com

Heavy Breathing: “Public Productions” with Stephanie Syjuco
Last summer, Bay Area artists Sophia Wang and Lisa Rybovich Crallé created Heavy Breathing, a season-long series of critical theory and creative practice seminars that took the form of aerobics classes and were taught by local artists. Pretty simple. Now, they’re doing it again, but this time in collaboration with the Berkeley Art Museum and Pacific Film Archive (2155 Center St.). The series will kick off this Sunday with a session led by artist Stephanie Syjuco, in which participants will collectively transform modeling materials into sculptural commentaries on craft, quality, and capitalism. As the programmers put it: “‘Public Productions’ will utilize non-specialized skill sets and labor to produce vernacular versions of iconic objects, exploding the notion of specialized or standardized labor to open up a space of play, invention, and learning-as-you-go.” New sessions will be held monthly and are free with museum admission ($7–$12). “Public Productions” will take place from 2–3 p.m. — S.B.
Sun., June 26., 2–3 p.m. BAMPFA.org.