March 11, 2016
1 comment
Rainy weekends aren't just ideal for Netflix and chill. They're also perfect for indulging in cultural activities. Oh hey, there's a list of those below.

XXYYXX
While ambient production dominates the new wave of R&B and rap, producer XXYYXX pioneered the current style of atmospheric, trip-hop-oriented beats when he was a teenager making electronic instrumentals in his Orlando, Florida, bedroom. Now based in LA, the nineteen-year-old has risen to considerable acclaim in recent years. He produced rising singer SZA’s “Child’s Play” on her debut album, Z — arguably one of the Rihanna collaborator’s best singles — and his recent remix of Tinashe’s “Let Me Love You” is currently making the rounds on SoundCloud. But narco’d-out instrumentals are where he truly shines. Take “About You” from his self-titled 2012 album: underwater synths, bass notes that fall like droplets, and warbled vocal samples create a fascinating mélange of malleable sounds over rigid trap high hats. Catch XXYYXX at The Independent on Saturday, March 12.— Nastia Voynovskaya
Sat., March 12, 9 p.m. $20. TheIndependentSF.com

Hybrid Series #1
On March 12, Pro Arts (150 Frank Ogawa Plaza, Oakland) is inaugurating a new set of programs called Hybrid Series, which aims to dissolve the boundaries between artistic disciplines. The first event will feature SL Morse, a music project led by local percussionist and artist Sarah Lockhart, translating Albert Camus’s The Myth of Sisyphus into Morse Code. Artist Adia Millett will join in to discuss Re-Connect, her solo show of quilts, currently on display in the gallery, in terms of feminist aesthetics and abstraction. Plus, Bay Area poet Sara Mumolo will punctuate the program with readings of her work. Mumolo is the author of Mortar (Omnidawn, 2013), a book of poetry that, in part, investigates the intersection of art history and gendered body representation through a lyrical deconstruction of nude paintings.— Sarah Burke
Sat., March 12, 6-9 p.m. ProArtsGallery.org

We Are One Bad-Ass Mutha
In celebration of International Women’s Day, Oakland Terminal (2600 Union St.) will be hosting an art show called We Are One Bad-Ass Mutha on March 12 from 1–6 p.m. The free event will feature interactive art installations, poetry, music, dance, healing, paintings, prints, photography, and film from local women of color. Exhibits will include familial duo Malia and Oni Connor’s work on mothering and being mothered, a piece by Vero d. Orozco which pays homage to mothers who have transitioned, and Carina Gomez and Yadiel Plascencia’s collaboration about immigrant mothers. As a whole, the program is meant to pay tribute to the powerful role of mothers in shaping the lives of their children and everyone around them. “This event is born from the myriad and multifaceted ways in which we are mothers,” reads the show’s description. “To children, to family, to each other, to lovers, to ourselves … We are mother warriors, political mothers, spiritual mothers, community mothers.” The event will also feature a marketplace of local vendors, including Healing Hands Massage Therapy and Olive Hair & Beauty, and the first two hundred attendees will receive a free goodie bag.— S.B.
Sat., March 12, 1-6 p.m. Free. OaklandTerminalArtGallery.BigCartel.com 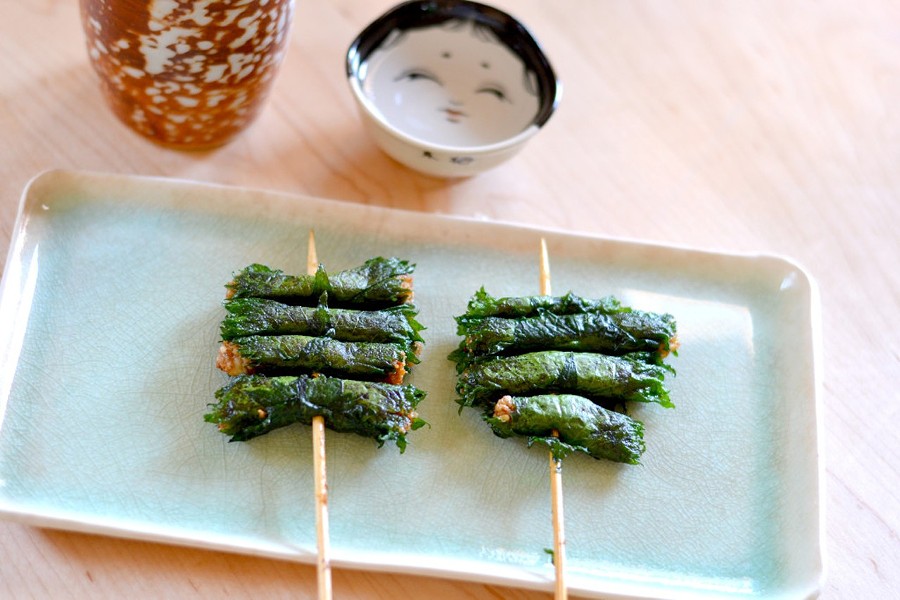 Tohoku Springs Back
Five years have passed since a catastrophic tsunami struck Japan’s Tohoku region, killing more than 15,000 and causing a full-blown nuclear disaster in the Fukushima prefecture. To commemorate the anniversary, the Japanese gift store Umami Mart and UC Berkeley’s Center for Japanese Studies will host a fundraising dinner at the David Brower Center (2150 Allston Way, Berkeley). Chef Tori-chan, a Fukushima native and the owner of a restaurant in Tokyo called Jicca, will put together a spread of traditional Fukushima dishes, such as shiso-wrapped miso rolls, shio koji pickles, and miso-marinated roast pork. To drink, there will be sake from a brewery that was rebuilt after having been wiped out by the 2011 tsunami. Event proceeds will benefit Y-PLAN Japan (an exchange program that has hosted hundreds of Tohoku youths) and Safecast (a foundation dedicated to sharing reliable radiation data online). Tickets are available via Eventbrite.com.— Luke Tsai
Sat., March 12, 7-10 p.m. $50–$75.

Day Wave
Originally from Los Angeles, multi-instrumentalist Day Wave (aka Jackson Phillips) has called Oakland home for the past two years. While in LA, he was known as part of the electronic duo Carousel. Upon moving to Oakland, he developed his solo pop project, Day Wave, which combines soft, dreamy instrumentation with hooky song structures. While Day Wave’s new EP, Hard to Read, contains several certified earworms, he mostly uses his catchy songs as a vehicle for parsing through grief and longing. Sunny, lo-fi synth and guitar riffs and surf rock harmonies contrast with Day Wave’s often poetic, melancholic lyrics. Currently, the singer-songwriter is promoting Hard to Read, which he recently released on vinyl as a double EP that also includes his 2015 project, Headcase. Catch him playing a free show and signing copies of the record at Amoeba in San Francisco on Sunday, March 13.— Nastia Voynovskaya
Sun., March 13, 2 p.m. Free. Amoeba.com

L’Allegro, il Penseroso ed il Moderato
On March 13, the internationally famous Mark Morris Dance Group will once again bring one of its namesake choreographer’s most influential pieces, L’Allegro, il Penseroso ed il Moderato, to Cal Performances at Zellerbach Hall (UC Berkeley). Back by popular demand, this will be the fifth time that Cal Performances presents the production since its Bay Area debut in 1988. The widely acclaimed choreographic ode to darkness and light involves 27 dancers and is set to an oratorio by George Frideric Handel, which will be performed by the Philharmonia Baroque Orchestra and Chorus. Ahead of the performance, the Mark Morris Dance Group will lead an all-ages dance class featuring techniques from the piece on Saturday, March 12, from 11 a.m.­ to noon in the Bancroft Studio on the UC Berkeley campus. On the same day, from 2–5 p.m., Morris, Philharmonia Baroque Orchestra conductor Nicholas McGegan, and Juilliard School provost Ara Guzelimian will discuss Handel’s music at Zellerbach Hall. Both events are free and open to the public.— Sarah Burke
Sun., March 13, 3 p.m. $26–$150. CalPerformances.org

Tragic Queendom
Forget Lady Gaga and Katy Perry. Let’s recall that Gwen Stefani has be serving up iconic looks since her glory days as No Doubt’s front woman. Think back to the late Nineties: a strappy bikini top over a mesh crop top with baggy, low wasted pants and a studded belt. (If that’s not fierce, it’s at least memorable.) Or her extravagant (and arguably problematic) Harajuku girl period circa 2004. That one involved a lot of tiny hats, tutus, and geisha-inspired lipstick. On March 13, The Night Light (311 Broadway, Oakland) will be hosting “Tragic Queendom,” a drag show dedicated to Stefani’s many looks as a lead up to the release of her new album, This is What Truth Feels Like, on March 18. Hosted by Beatrix LaHaine, the night will feature a whopping fifteen performers, including Hollow Eve, Cunty Whorenay, Ariel Androgyny, and Punky Pebbles.— Sarah Burke
Sun., March 13, 8 p.m. $5. TheNightLightOakland.com