February 19, 2016
comment
It's the weekend! Rejoice! Here are five fun ways to enjoy yourself over the next three days.

Sugar Coma, DSTVV, and Morning Hands
Valentine’s Day can bring out all sorts of neuroses in people who aren’t secure in their relationship statuses — which is why Sgraffito Gallery in Emeryville is hosting a show billed as a “Post V-Day Cry Fest” for those that have reason to gripe about last week’s couples-centric holiday. The lineup includes the new Hole cover band Sugar Coma, featuring Candace Lazarou (the frontwoman of the abrasive, avant-garde rock band Mansion) and members of well-regarded, local punk bands Violence Creeps and The World. DSTVV, an Oakland band whose static-laden compositions contain strains of grunge, shoegaze, and noise, joins Sugar Coma on the bill. Morning Hands, a synth-pop off-shoot of Oakland EBM group Diesel Dudes, will provide a washed-out, mellow counterpoint to the other bands’ more aggressive sound. The show will include a Courtney Love costume contest, so don’t forget your smudged eyeliner, vintage negligees, fishnets, and combat boots.— Nastia Voynovskaya
Sat., Feb. 20, 7 p.m. Facebook.com/SgraffitoGallery

Trash Talk
Originally from Sacramento, the hardcore band Trash Talk gained clout in the Bay Area in the late Aughts before signing to LA rap collective Odd Future’s eponymous record label. They were the first act on the label that wasn’t part of its originator, Tyler, the Creator’s, crew. Though it makes fast, violent rock, Trash Talk’s association with Odd Future gave it unlikely crossover appeal in the rap world, and the group has been known to play alongside hip-hop acts, such as Antwon, an LA rapper who got his start in Oakland’s warehouse party scene. After releasing its debut studio album in 2014, No Peace, Trash Talk collaborated with Brooklyn MCs Flatbush Zombies on several stoner rap tracks, including the excellent “92.92.” The band performs at Oakland Metro Operahouse on February 20 alongside Minus, Hell in the Cell, Culture Abuse, and Strangeways. — N. V.
Sat., Feb. 20, 7 p.m. $10. OaklandMetro.org 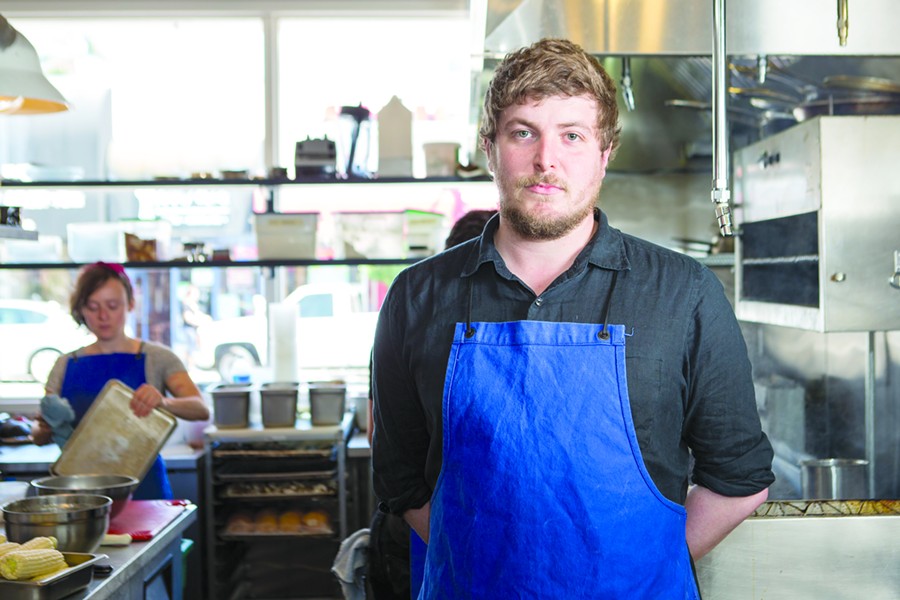 Aging to Perfection
In a contest between aged beer and aged beef, the only definitive winners are those of us who get to stuff the pair of them in our gullets. That combination will be the theme of this beer-pairing dinner at KronnerBurger, which will double as a birthday celebration for Oakland-based beer guru Sayre Piotrkowski (who curated the pairings) and Craftsman Brewing founder Mark Jilg (whose company will supply the brews). On the menu will be 120-day aged Stemple Creek Ranch beef prepared three ways — beef tartare, smoked beef, and grilled rib-eye steak — each one paired with a different Craftsman sour ale. All dishes and beers will be available a la carte, or you can order the entire three-course meal with pairings for $50. No reservations needed. KronnerBurger’s regular menu will also be available.— Luke Tsai
Sun., Feb. 21, 5:30-10 p.m. $50 or a la carte. KronnerBurger.com 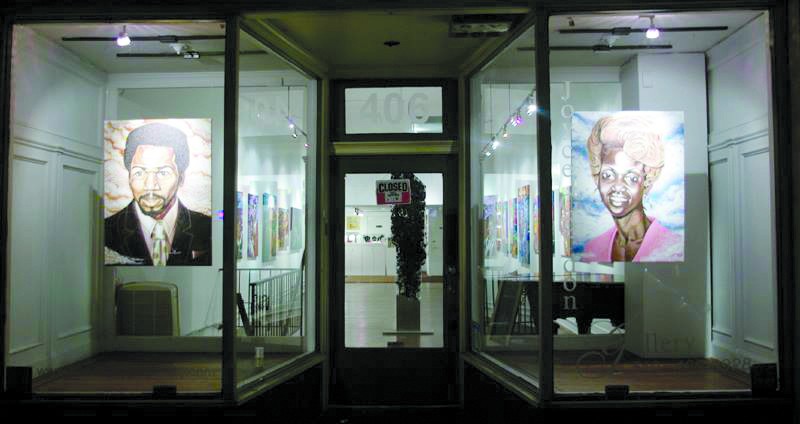 Ancestral Portals: Malik Seneferu
At Joyce Gordon Gallery (406 14th St., Oakland), Oakland’s prolific Malik Seneferu is celebrating Black History Month with a show about his family history. Ancestral Portals marks the culmination of the artist’s life-long dream to make contact with his long-deceased father’s relatives and learn more about his genealogical history. Last year, through a DNA ancestry mapping service, Seneferu was finally able to do that. Now, he celebrates that discovery through pen-and-ink tree drawings and a series of striking portraits featuring his parents and grandparents. On February 20, from 1–3 p.m., the gallery will host a panel discussion featuring Seneferu, members of his family, and representatives of 23andMe, the biotechnology company that helped Seneferu connect with his relatives.— Sarah Burke
Through February 27. Free. JoyceGordonGallery.com

Little Erik
Acclaimed Bay Area playwright Mark Jackson turns his attention to Bay Area tech culture in Little Erik, a family drama that plumbs a slew of weighty topics throughout its eighty-minute run. Currently showing at Aurora Theater (2081 Addison St., Berkeley) through February 28, the play centers on Joie (Marilee Talkington), a hot-shot tech executive whose love for her son, Erik, comes second to her devotion to her iPhone. Joie’s husband, Freddie (Joe Estlack), isn’t much better — he’d much rather travel the world aimlessly and dream about the past than maintain a presence in little Erik’s life. When tragedy strikes at their home just north of San Francisco, both realize that they’ve been substituting authentic personal connections for artificial ones. Despite lackluster chemistry between Talkington and Estlack, the otherwise gripping play delivers biting commentary about the consequences of a society consumed by technology.— Gillian Edevane
Through February 28. $32–$50. AuroraTheatre.org