January 15, 2016
comment
Whether you're honoring Bowie's death by getting freaky out on the town or honoring Martin Luther King Jr's birthday by getting involved with your community, this weekend will be a busy one.  Details below.

Larry June
The minimal, piano-sampling production with thunderous bass on Larry June’s brand new mixtape, Sock it to Me, is heavily indebted to Atlanta trap, but the San Francisco rapper (who is originally from Georgia) makes the Southern aesthetic his own with off-the-wall rhymes and adlibs that uninhibitedly bare his eccentricities. The adlibs, in particular, are the record’s most amusing and inventive feature: June peppers his blasé drawl with high-pitched calls of “yee-hee,” “sock it to me,” and the Austin Powers-esque “yeah, baby,” which he inserts between almost every line. These odd verbal tics complicate June’s nonchalant-sounding flow and cool-guy posturing, revealing a self-effacing, jokey side to the otherwise ice-cold lyricist. He performs at Venue in downtown Oakland on January 15 as one of the opening acts for Atlanta trap rapper 21 Savage. Wolfpack Keith (aka Stunnaman) is also featured on the bill. On Twitter, Keith and Larry June have been hinting at a collaborative mixtape for later this year. It should be one of 2016’s most interesting releases. — Nastia Voynovskaya
Fri., Jan. 15, 7 p.m. $15. LockTheDoorOak.SplashThat.com

Club Chai
To the disappointment of many, DJs 8ulentina and Foozool recently discontinued their genre-bending, multi-cultural monthly dance party, Night Forms, at The Rock Steady. But not to worry: The duo is back with another event, Club Chai, which makes its debut at Alena Studios in West Oakland on January 15. Foozool and 8ulentina will spin multifaceted mixes that combine international club genres, hip-hop, and strains of various types of traditional Middle Eastern music that allude to their respective Armenian and Turkish heritages. Turbo Sonidero Futuristico, a producer from San Jose (by way of Mexico) who specializes in distorted and surreal Cumbia, will perform at the event. Philadelphia’s DJ Haram and Oakland’s Jasmine Infiniti and Neto 187 also share the bill. The party will go until late, and chai will be served. Listen to 8ulentina’s new mix, “Rosewater,” on SoundCloud to get a sense of the party’s eclectic vibes ahead of time. — N. V.
Fri., Jan. 15, 9 p.m. $7, $10. Facebook.com/ClubChaiBayArea 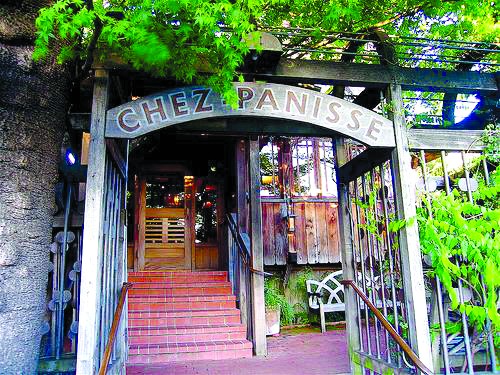 Sunday Suppers East Bay
Those who like to enjoy an elegant Sunday dinner and also have a positive impact on the world will be happy to hear that the second season of restaurateur Charlie Hallowell’s philanthropic Sunday Suppers series continues this week at the grand dame of California cuisine, Berkeley’s Chez Panisse (1517 Shattuck Ave.). The tentative menu for the night includes an hors d’oeuvre, a chicories salad with marinated beets and ricotta toasts, boudin blanc with braised red cabbage and crispy potatoes, citrus sherbet meringata, and, to finish, a selection of chocolates and fresh fruit. Proceeds from the $100 (wine-inclusive!) prix-fixe dinner will benefit the Alameda County Community Food Bank. A limited number of tickets are available via BrownPaperTickets.com. — Luke Tsai
Sun., Jan. 17, 5-11 p.m. 847-606-0744. $100. SundaySuppersEastBay.com 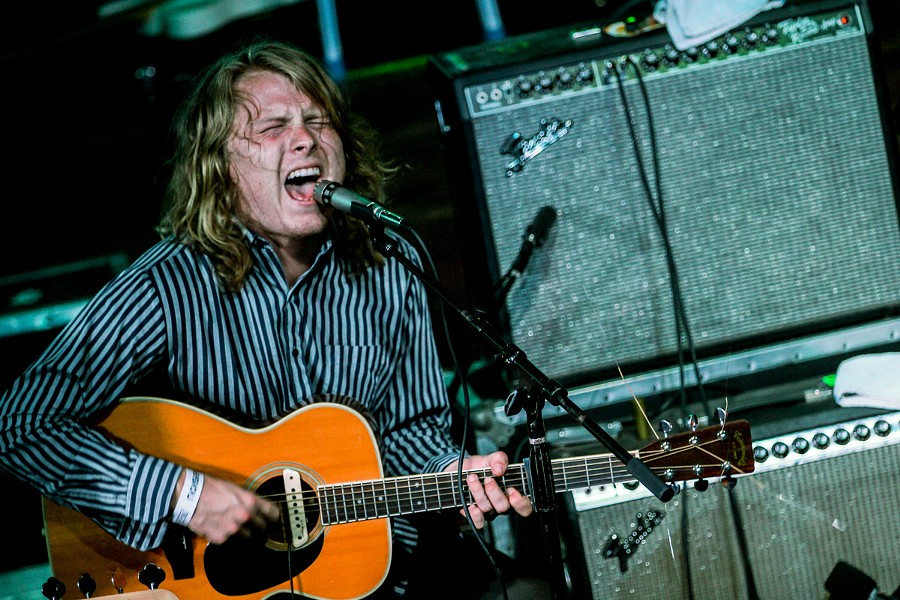 Ty Segall
At the end of the Aughts and beginning of the Teens, Ty Segall was a cornerstone of San Francisco’s garage rock scene, pioneering a washed-out surf-and-psych rock sound that has come to define the region. The singer and multi-instrumentalist has since relocated to Los Angeles, where he remains as prolific as ever. In 2015, he dropped his solo album, Ty Rex, a collection of gritty, distorted tracks with Americana-influenced riffs. He also put out a two-disc album, II, with his group, Fuzz, and started a new band called GØGGS. But one of Segall’s most unexpected and interesting moves was announcing his next solo album, Emotional Mugger, via a VHS tape that he mailed to Pitchfork’s offices. The technophobic album, due out this year, has an accompanying, old-school HTML website (EmotionalMugger.com), on which Segall offers pseudo-scientific observations about our app-enabled dating culture. Segall returns to the Bay Area for two back-to-back shows at The Fillmore on January 18 and 19, the latter of which features the excellent local punk outfit CCR Headcleaner as an opening act. — N. V.
Mon., Jan. 18, 7 p.m. and Tue., Jan. 19, 7 p.m. $27. TheFillmore.com

March: The Anti Police-Terror Project is hosting its 2nd Annual March to Reclaim MLK’s Radical Legacy on Monday, January 18, capping off a full 96 hours of direct action. Participants should meet at 11 a.m. at Frank Ogawa Plaza (14th Street and Broadway) in downtown Oakland to see speakers and performances before the group walks toward Emeryville. The march will be the last in a series of demonstrations coordinated with other activist organizations beginning on Thursday, January 15 and running throughout the weekend in both Oakland and San Francisco. (AntiPoliceTerrorProject.org.)

Service: What better way to honor Dr. King than by giving back to the community? The City of Richmond is hosting a day of service along the Richmond Greenway, a stretch of previously abandoned railroad tracks that the city would like to turn into an open space resource. Beginning at 9 a.m., volunteers will be planting trees and flowers and engaging in other services to beautify the area. Activities last until 2 p.m. and will be held on the greenway between 4th and 16th streets. Visit RichmondGreenway.org for details. — Erin Baldassari
Mon., Jan. 18, 9 a.m.-5 p.m. Free. 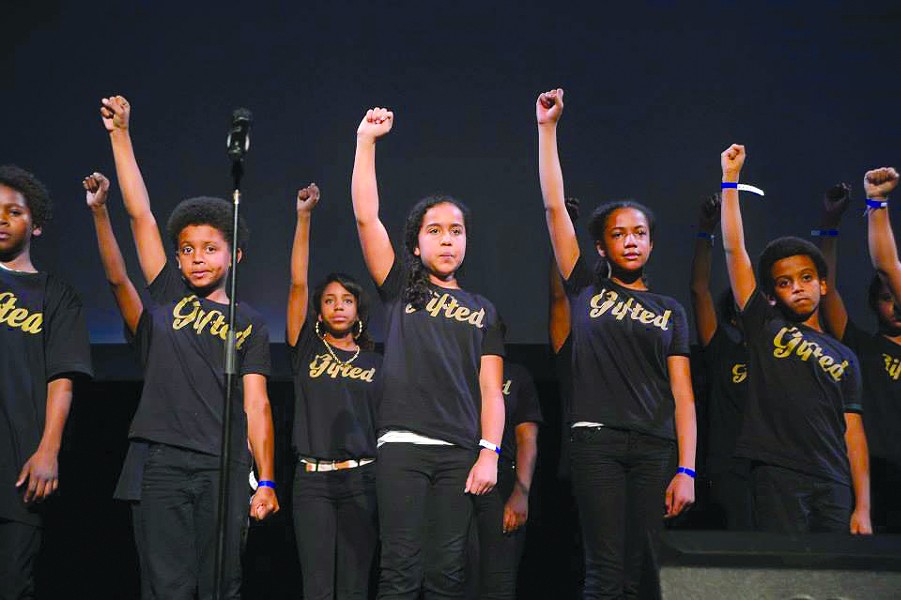 Bring the Noise for Dr. Martin Luther King Jr.
For the past eighteen years, Youth Speaks poets have been keeping the words of Martin Luther King Jr. fresh and loud with their annual Bringing the Noise performance on Martin Luther King Jr. Day. King’s words are as resonant today as ever, and Youth Speaks’ talented poets will be reinterpreting, renewing, and responding to his inspiring speeches. This year’s showcase will also feature performances by Black Lives Matter co-founder Alicia Garza, members of the SFJAZZ High School All-Stars, and organist and vocalist Tammy Hall. The performance will be held at The Nourse Theater in San Francisco (275 Hayes St.) on January 18 at 7 p.m. This cornerstone of Youth Speaks’ annual programming always makes for a moving beginning to a new year. — Sarah Burke
Mon., Jan. 18, 7-9 p.m. 415-255-9035. $5 youth, $10 adults. YouthSpeaks.org