It will be located at Martin Luther King JR. Way and 15th Street.

Courtesy Flax Art & Design Flax's Market Street location.
Flax Art & Design, a fixture of Market Street in San Francisco, has been looking for a new home for nearly two years, and has finally decided on a sprawling space at the intersection of Martin Luther King Jr. Way and 15th Street (1501 Martin Luther King Jr. Way) in Oakland, the San Francisco Chronicle reports. The migratory trek across the bay can only be expected at this point. Previously San Francisco-based artists and galleries have been steadily trickling into Oakland over the past few years, adding to the city's already rich arts community. For the most part, the reason is affordability.

Flax, a San Francisco family-owned business since its inception in 1938, opened its 1699 Market Street location in 1978, according to the store's website. The massive outlet is a landmark for San Franciscans, with its huge, idiosyncratic signage that includes a giant artist's mannequin and paint brush adorning the building's light blue facade. Over Flax's 77-year tenure in San Francisco, the business has served as the go-to art supply store for the city's thriving artist community, as well as a trusty employer of creative types. But it's become apparent that San Francisco's needs have shifted. Flax will be moving in order to make room for brand new condominiums.

The new Flax building is a 14,000-square-foot former garage. It's directly adjacent to the East Bay Fencers Gym, but not much else. However, downtown Oakland and Old Oakland are only a few blocks east. Howard Flax, the store's third-generation owner, told the Chronicle that he had hoped to keep the business in San Francisco but ultimately could not find a spot even after an extensive search. Oakland made that search simple, however, and the city has even offered the business a $99,000 grant for interior renovations. 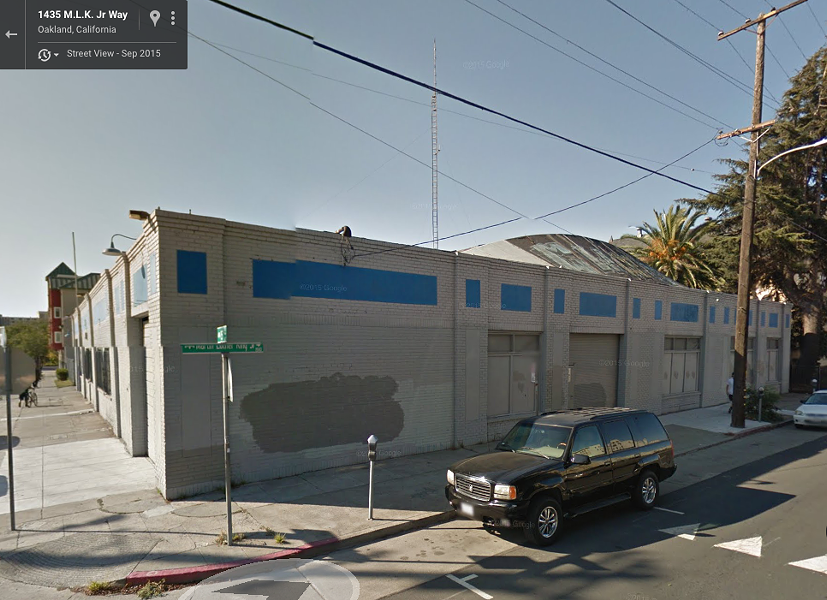 In the past few months, Downtown Oakland has gained two purveyors of art supplies  — 14th Street Supply (356 14th St.) and 1AM Oakland (1523 Webster St.), but both are small spaces that specialize in spray paint (1 AM is also a gallery). In the much larger art supply outlet industry, the chain Blick Art Materials has a store in North Oakland (5301 Broadway), but Flax will dwarf it. That should be good news for a city that is often purported to be home to more artists per capita than anywhere else in the country.

In an announcement posted on the Flax website yesterday, Howard Flax said that the store will be moving as early as February 15.