The year 2015 saw a great deal of fascinating cross-genre collaborations in pop: Miley Cyrus dropped a self-released album with credits from Ariel Pink and Mike Will Made It; Skrillex and Diplo’s production resuscitated Justin Bieber’s career; Usher put out an anti-police brutality anthem with Nas. Yet instead of taking a cue from these boundary-pushing shifts in the music industry, this year’s festival stuck to the same structure of past editions. As a result, it sequestered its best and most progressive artists to the first day and ended with a monotonous series of similar-sounding bands on the second.

To its credit, though, Treasure Island featured on Saturday several stand-out musicians who were innovative enough to redeem the festival from its structural shortcomings. FKA Twigs was one such forward-thinking performer. The British singer-songwriter dazzled a rapt audience with her operatic singing and theatrical stage show, in which every visual and sonic element seemed meticulously planned — down to the way her corseted outfit interacted with the fractured, white-and-red spotlights illuminating the stage. Twigs’ band consisted of three musicians who struck their sample pads like war drums with grand gestures that matched the singer’s vocal intensity and moody, alchemical beats. 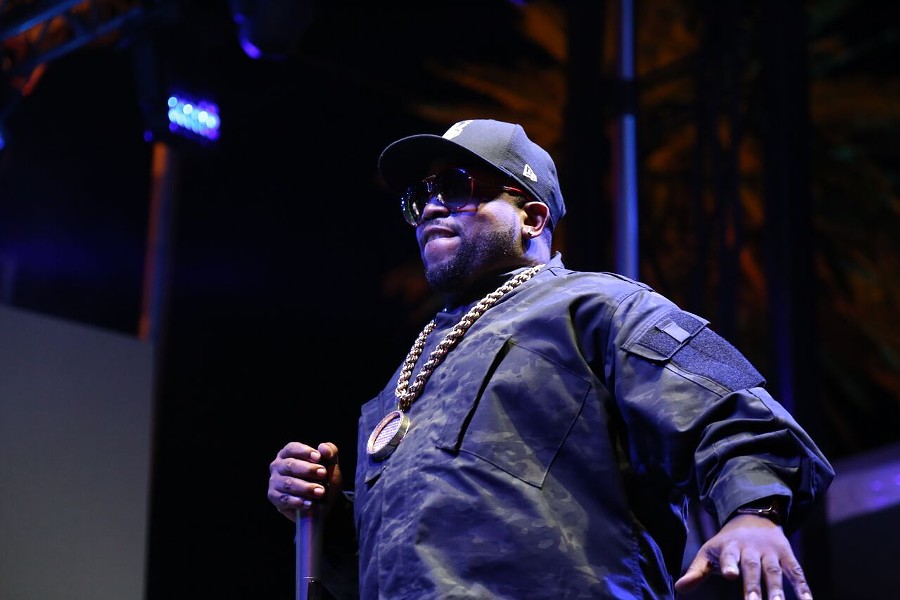 The event also featured savvy collaborations among established artists taking their sounds in new directions. Big Grams, which followed Twigs’ set, is the joint project of Big Boi from OutKast and electronic pop duo Phantogram. As fans of OutKast know well, Big Boi’s boisterous flow works well over upbeat song structures that lend his rap style a pop sensibility. While Phantograms’ saccharine, synth-driven production certainly achieves this effect, one couldn't help but think that at the beginning of Big Grams’ set, Sarah Barthel’s singing felt superfluous and that the performance would have been better with Big Boi's vocals alone. However, eventually, the trio found its groove. While Big Grams’ appeal is largely predicated on Big Boi’s status as a legend, it’s refreshing to see him work with a younger, lesser-known band instead of rehashing old hits.

Run the Jewels, the rap duo composed of veteran rappers El-P and Killer Mike, briefly joined Big Grams on stage for a high-energy duet. Like Big Boi, El-P and Killer Mike have been involved in the hip-hop industry for decades. As Run the Jewels, they’ve adopted a more electronic sound and garnered a younger fan base. Run the Jewels’ set, which took place earlier in the day, invigorated the crowd with fast, wobbly, UK grime-influenced beats that complemented the two rappers’ rapid-fire spitting. However, El-P often failed to enunciate clearly and much of his lyrics were lost in favor of the showy technique. Killer Mike, with his booming baritone, carried the set with his superior vocal skills and stage presence. Plus, he did shout outs to the late Oakland rap legend The Jacka and basketball champ Steph Curry, eliciting enthusiastic cheers from the crowd.

Up-and-coming singer-songwriter Shamir also delivered one of the first day’s most inspired performances. His soulful, androgynous voice soared over spunky, percussive rhythms with disco and Afrobeat influences. Sitting still during his show was impossible.

While Saturday’s lineup featured diverse artists — not only in terms of sound, but race, gender, and age, as well — Sunday’s lacked variety. With the exception of Chvrches, Ex Hex, Lower Dens, and Jose Gonzalez, the rest of the day’s bands featured exclusively white, male musicians, which attracted an audience of a similar demographic makeup. As one of the Bay Area’s largest music festivals, it was a shame that Treasure Island didn’t do more to appeal to a broader cross-section of the local population.

The different bands’ aesthetics weren’t too different from one another either, with Lower Dens, Father John Misty, and The War on Drugs’ sets blending into a haze of palatable indie rock. Drive Like Jehu, a 1990s post-hardcore band, was the only group that jolted the audience awake with its feisty shredding. Meanwhile, other performers failed to elicit an enthusiastic response. The bandleaders of Deerhunter and Chvrches wondered aloud why the large audience was so quiet, although Chvrches eventually got people moving with its new wave-influenced synth pop. The National, a Brooklyn rock band with a lengthy, influential discography dating back to 1999, ended the night with a somewhat forgettable performance that would have made fitting background music at Whole Foods or Starbucks.

Correction: An earlier version of this post failed to list Lower Dens as one of the bands not composed entirely of white, male musicians.