October 09, 2015
comment
This Saturday, the Life is Living festival will be overwhelming deFremery Park with spoken word showcases, the world's longest Soul Train line, six hours of outdoor theater, and more — all for free. But if that doesn't tickle your fancy, we've got an extra hefty seven recommendations of other activities to keep you busy in the East Bay this weekend.

Young Thug
Young Thug has elevated mumbling to an art form, and his often indiscernible, melodic flows set him apart as one of today’s most innovative rappers. Controversy follows the young MC, who became embroiled in a beef between his mentors, Birdman and Lil Wayne, earlier this year. Lil Wayne objected when Young Thug originally announced that he would call his April mixtape Carter 6. The title choice seemed particularly trollish considering that Lil Wayne and Birdman were at odds over the release date of Lil Wayne’s Tha Carter V on Birdman’s Cash Money Records. (Tha Carter V never actually came out.) Thug acquiesced and renamed his tape Barter 6. When it dropped, the project was an instant hit among fans and music critics, and proved to be a testament to the rapper’s unique gift for weaving melodies from unusual cadences and seemingly discordant vocal flourishes. He further developed Barter’s stripped down aesthetic on his subsequent tape, September’s Slime Season, which balances Thug’s over-the-top flows with London on da Track’s sparse, minor-key production. He performs at Regency Ballroom in San Francisco this Saturday. — Nastia Voynovskaya
Sat., Oct. 10, 9 p.m. $30, $32. TheRegencyBallroom.com

The greatest gastronomical debate of our times isn’t between Coke and Pepsi or Burger King and Mickey D’s, but rather between sour and bitter beer — at least if you’re a craft beer aficionado. For at least one afternoon, you won’t have to choose: The Trappist (460 8th St., Oakland) is hosting its second annual Sour/Bitter Fest in the bar’s parking lot. Ten breweries (including The Rare Barrel, Craftsman Brewing, and Sante Adairius Rustic Ales) will each pour a sour beer and a bitter beer — a total of twenty different brews that participants can taste as many times as they’d like with the purchase of a $42 ticket. Meanwhile, hungry beerhounds can purchase $2 “bites” meant to pair with sour and bitter beers, courtesy of five local restaurants, plus Highwire Coffee. Participating restaurants include Abura-ya, Chowhaus, Homestead, Ramen Shop, and Tamarindo. Tickets are available via BrownPaperTickets.com. — Luke Tsai
Sat., Oct. 10, 5-7:30 p.m. $42-$72. TheTrappist.com 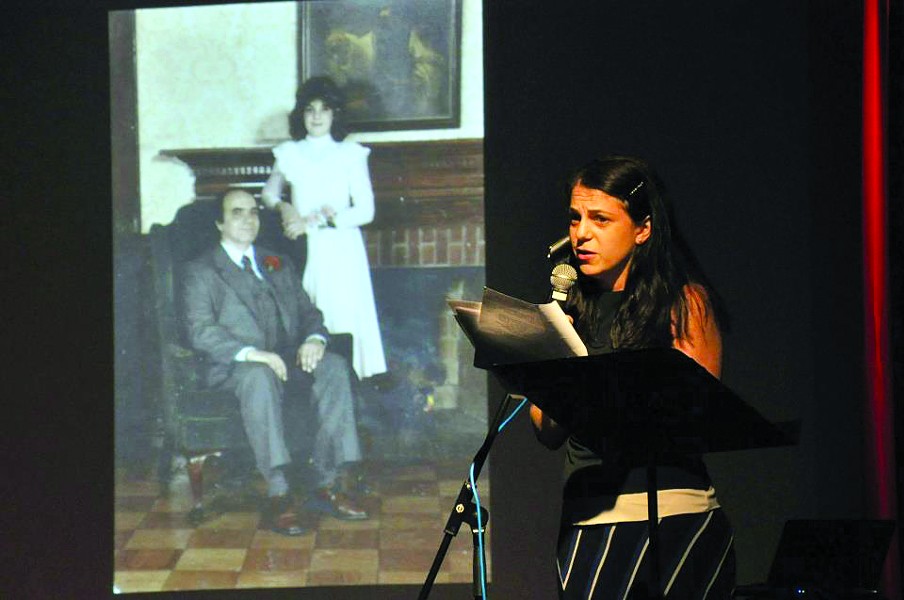 Mortified
For most people, the idea of reading the contents of their childhood journals is about as appealing as jumping off a cliff without a parachute. But for the intrepid storytellers at Mortified, it’s the main event. At the personal storytelling event, people read actual diaries, letters, song lyrics, and poems from their youth to complete strangers. It’s hilarious. Mortified got its start in the Bay Area in 2005, after founder Scott Lifton borrowed the idea from an event in Los Angeles, which began in the late Nineties. The show now has chapters across the country, and has spawned a documentary film, an offbeat interview series called The Mortified Sessions, two books, and an on-again, off-again web series. October 10, the traveling live show will come to The New Parish (1743 San Pablo Ave., Oakland). Lifton has called the performance “half comedy show, half group therapy,” because some of the tell-all tales offer poetic lessons, while others will just make you cringe. Personal storytelling events have proliferated in the past few years, but Mortified’s tried-and-true formula proves that the fount of material flowing from our collective early years is a wellspring that never runs dry. — Erin Baldassari
Sat., Oct. 10, 6:30 p.m. $14-$20. GetMortified.com

Litquake 2015
This weekend, the Bay Area’s poets and novelists will emerge from their resident nooks and cafes once again for the sixteenth annual Litquake, San Francisco’s extended lit crawl. This year, the multi-venue festival will take place from October 9­–17, and will include events not only in San Francisco, but in the South, North, and East Bay as well. The program will showcase eight hundred authors from all over the world — with a Bay Area focus. That includes the Bay Area launch of the new book by provocative Oakland activist and emcee Boots Riley, Tell Homeland Security — We Are The Bomb, a collection of his lyrics, commentary, and backstories. On October 15, at Z Space in San Francisco (450 Florida St.), Riley will be joined by comedian W. Kamau Bell and writer Adam Mansbach in conversation about the intersection of art and politics. This year will also include the premier of a multidisciplinary performance by Hawaii’s Poet Laureate Kealoha; a full day of chef-related literary events; and a night of drag queens reading celebrity Tweets. Among the East Bay’s offerings is “Thrillers at the Octopus” on October 14, in which three Bay Area thriller authors will discuss their new releases at Octopus Literary Salon (2102 Webster St., Oakland), 6 p.m. — Sarah Burke
Oct. 9-17. Litquake.org 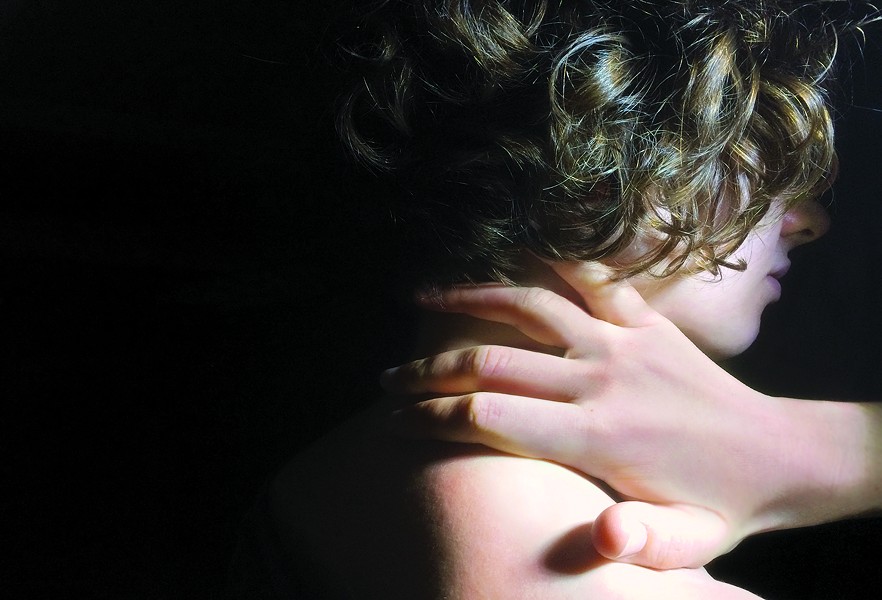 Empty Spaces | Revisited is choreographer Rogelio Lopez’s attempt to resurface his memories of growing up as a gay man in Mexicali, Mexico — “the faint, painful, lovely, scary, lonely, and sacred reminiscence discarded in darkness,” as his description reads. The dimly lit, intimate evening of dance will take place at the homelike Shawl-Anderson Dance Center (2704 Alcatraz Ave., Berkeley) on October 9 and 10, at 8 p.m. The choreography will be sprawled out into four rooms, each with a pre-show installation that audiences can take in before the show. Then, the audience will be broken up into groups of no more than fifteen people and seated in various rooms while the cast of twelve dancers splits up, switching between rooms, performing four slightly different shows simultaneously. Empty Spaces premiered at Shawl-Anderson in March to sold-out audiences. The revisited version involves new scenes and new dancers, offering another chance to experience Lopez’s shadowy recollections. — Sarah Burke
Thu., Oct. 8, 8 p.m. and Fri., Oct. 9, 8 p.m. $20. Shawl-Anderson.org

Bollywood Masala Orchestra and Dancers of India
With his project, Bollywood Masala Orchestra, artistic director Rahis Bharti sought to combine the big sound of a New Orleans-style brass band with traditional, Indian musical instruments and compositions. The eighteen-piece ensemble features musicians from the state of Rajasthan in North India, as well as three dancers whose performances infuse traditional routines with Bollywood choreography and acrobatics. Bollywood Masala Orchestra’s upbeat songs feature traditional instruments such as the sitar, tabla, and harmonium, as well as Western accompaniments that include the bass drum and trombone. The orchestra’s live show, The Spirit of India, brings a colorful medley of modern takes on Indian musical traditions to UC Berkeley’s Zellerbach Hall on Sunday, October 11. — Nastia Voynovskaya
Sun., Oct. 11, 7 p.m. $25+. CalPerformances.org

Cumulous
During her residency at Krowswork Gallery (480 23rd St., Oakland), Mary Hull Webster created a cloud of stuff. Her immersive installation, Cumulous, fills an entire room and consists primarily of plastic boxes stacked atop one another. Some of the boxes light up, and many have other objects — orbs, photographs, upholstery, panes of glass — placed on top of them. In one corner, broken electronics lay forgotten on the floor, emitting a tangle of wires. In another, a square piece of mustard yellow carpet hangs near an ink-jet print of a digital texture that resembles a mustard yellow carpet. Cumulous successfully evokes a mental landscape that discards expected tropes of Freudian whimsicality, instead opting for absurdities of the post-internet age. In doing so, it offers an image of what our personal memories might look like when they are digitally stored in the “cloud.” Webster will speak about her work in conversation with Krowswork director Jasmine Moorhead at the closing reception of the show on October 10, at 3 p.m. — Sarah Burke
Through Oct. 10. Free. Krowswork.com