Archana Horsting will be honored with the Benjamin Ide Wheeler Medal this Thursday.

October 07, 2015
comment
Archana Horsting, the executive director and co-founder of Kala Art Institute in Berkeley, will be honored with the prestigious Benjamin Ide Wheeler Medal, also known as the “Most Useful Citizen award,” this Thursday. The prolific artist has been providing the East Bay with arts education and studio spaces for more than 40 years. 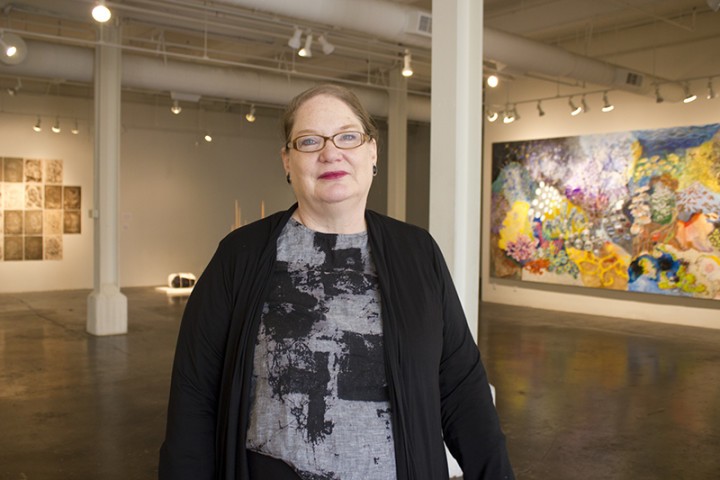 Horsting and fellow artist Yuzo Nakano founded Kala in 1974 with hopes that it would become a collaborative workspace and a forum for ideas. The institute was small in its early stages, with a space not much bigger than a garage gallery, Horsting recalled in an interview.

But those humble beginnings led to something massive: Kala Art Institute (060 Heinz Ave, Berkeley) as it exists today is a 15,200-square-foot community workspace, education center, and gallery (2990 San Pablo Ave, Berkeley) that welcomes approximately 25,000 people through its doors each year. The Institute offers a full breadth of classes for students and professionals interested in art, with a diverse catalogue of lessons that includes etching, letterpress, screenprinting, book binding and computer classes.

For Horsting, the Wheeler award comes as a bit of a surprise. “When I first got the call over the summer [from the Berkeley Community Fund board members], I thought they wanted nominations or something” she said. “So this is really wonderful.”

People who have worked with Horsting are less surprised – they consider this award to be well deserved. “Archana is a leader who truly cares about people,” said Jamila Dunn, the director of education at Kala. “She makes opportunities happen and supports emerging and established artists.”

Others who have worked with Horsting credit her with keeping Kala open through more difficult seasons. “Archana is fantastic,” said Perrin Meyer, a board member at Kala. “She’s kept it alive through hard times and really hard times. The number of people she’s touched through Kala’s art programs is astounding.”

Horsting has seen Kala through earthquakes, fires, rising rents, recessions and changing times. Still, the institute has remained a place where artists and community members can come to create art themselves or appreciate the work of others. According to Horsting, providing that outlet has been one of her biggest accomplishments. “Art gives everyone a voice, whether they’re children or adults, or whether they’re making the work themselves or just there to see someone else’s work that really speaks to them,” she said. “So I guess my feeling is that Kala is a place where art really happens.”

Horsting is particularly excited for Kala's next exhibit – aptly titled Voices (opening October 22) – that will carry the same ethos. It will showcase the human as a musical instrument and explores voice as a way to convey complex emotions, from laughter, to tears, to screams.