September 25, 2015
1 comment
This weekend, Oakland's best will be gathering for the Oakland Music Festival (which our music editor kindly previewed for you). But wait, there's more. Five more recommendations for what to do with your weekend, to be exact: 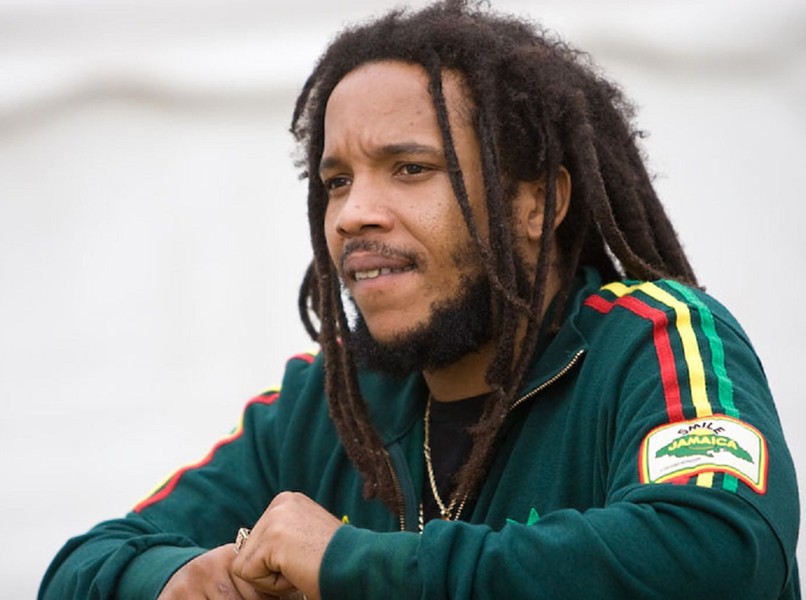 Bay Area Vibez Festival
Oakland residents typically have to cross the Bay Bridge to catch the live shows of reggae and hip-hop’s all-time greats, but the Bay Area Vibez Festival brings world-renowned artists to our backyard this weekend. Taking place September 26 and 27 at Middle Harbor Shoreline Park in West Oakland, the festival includes a lineup of influential musicians, including six-time Grammy-winning reggae artist Stephen Marley, Illmatic rapper Nas, Damian Marley (Stephen’s brother and Nas’ frequent collaborator), and dubstep producer Bassnectar — one of the few artists in the lineup who hails from the Bay Area. Lesser-known acts to look forward to include Meshell Ndegeocello, a neo-soul songstress and multi-instrumentalist who has worked with Madonna, Chaka Khan, and Indigo Girls. The Grouch & Eligh, a duo composed of two stalwarts of Oakland and Los Angeles’ underground hip-hop scenes, is also not to be missed. — Nastia Voynovskaya
Sept. 26-27, 11 a.m.-11 p.m. $85+. BayAreaVibez.com.


Every year, for at least one night, Children’s Fairyland (699 Bellevue Ave., Oakland) lets in adults without their children. Drawn Together, which will take place on September 25, is a nighttime party for big kids at the magical theme park for which more than fifty artists from Oakland and the broader Bay Area create more than one hundred works of art inspired by the classic Fairyland design. While the artists paint, attendees are welcome to roam around, drink complimentary beer and wine, eat, and listen to Russell E. L. Butler spin records. All works of art will be sold for $40 at the end of the night, and all proceeds will go to providing reduced and free Fairyland experiences for youth in need. Artists to look out for include the wildly imaginative John Casey, seasoned Oakland muralist Dan Fontes, typography expert and muralist Marcos LaFarga, and local printmaker and comic book extraordinaire Veronica Graham. — Sarah Burke
Fri., Sept. 25, 6-9 p.m. $22. Fairyland.org

Watershed Environmental Poetry Festival
The annual Watershed Environmental Poetry Festival is back in Berkeley on September 26 to celebrate its twentieth year. The 2015 festival is dedicated to its co-founder and former director Mark Baldridge, who died late last year. Baldridge was also deeply involved with Poetry Flash, which has been an invigorating force in the East Bay literary community since 1972. The festival will begin at 10 a.m. with a walk along Strawberry Creek led by poet and “eco-educator” Chris Olander and featuring readings by Emily Johnston, Maya Khosla, MK Chavez, and others. At noon, the main festivities will begin. This year, celebrated poets Brenda Hillman, Jane Mead, Francisco X. Alarcón, John Shoptaw, and — as always — poet laureate Robert Hass, will be on the main stage. But that’s just a taste of the long lineup of nature-oriented readings and musical performances that will continue until 4:30 p.m. at Martin Luther King Jr., Civic Center Park (2151 Martin Luther King Jr. Way, Berkeley). Tents, chairs, and carpet squares are provided, but sitting in the grass is also recommended, along with a farmers’ market lunch from around the corner. — S. B.
Sat., Sept. 26, 12 p.m. Free. PoetryFlash.org 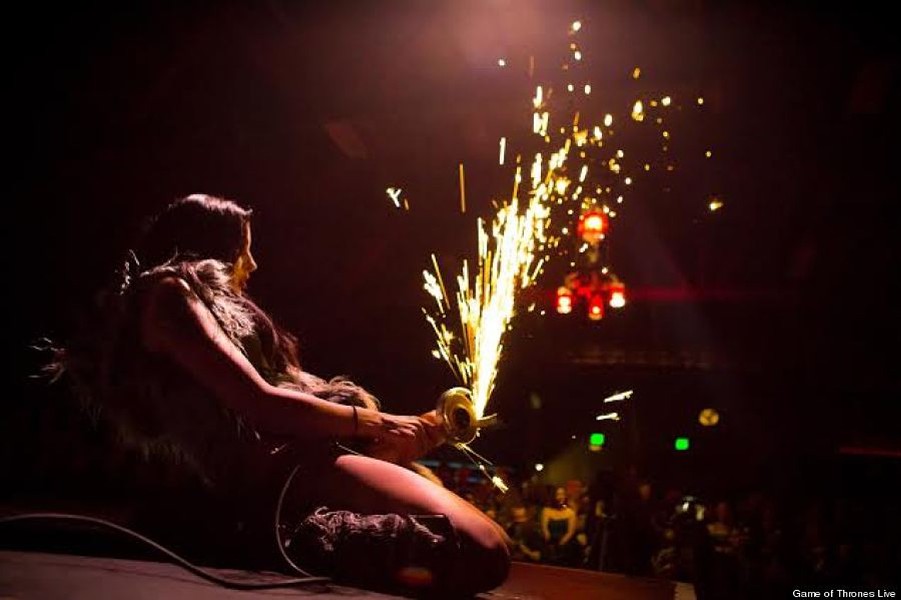 Game of Thrones Live - Hodor’s Revenge
Game of Thrones is a veritable cultural phenomenon. The show is HBO’s most commercially successful series to date — transcending the fantasy genre’s niche appeal in a way that is unprecedented in television. So who better to produce a tribute show than local, live variety company Tourettes Without Regrets, whose eclectic performances appeal to fans of burlesque, slam poetry, live music, and stand-up comedy alike? The upcoming show, “Game of Thrones Live — Hodor’s Revenge” on September 26 at the Oakland Metro Operahouse (630 3rd St.), features Yee Olde Dragon Master’s Guide to the Mighty Labyrinth Quest, a local “choose your own adventure” band whose live show involves twelve-sided dice the size of beach balls. As per the night’s theme, the group will perform new material inspired by Game of Thrones. If a night of bawdy burlesque, role-playing folk metal, and fantasy fandom seems disparate at first glance, that only speaks to the power of endless war in the Lands of Ice and Fire to bring us all together. — Bert Johnson
Sat., Sept. 26, 7 p.m. $15, $20. OaklandMetro.org

Tatara Popup
Even though he cooks Italian food as his day job, Oliveto sous chef Antoine Steele says his true love is Japanese cooking, citing a lifelong fascination that goes back to when he was a five-year-old begging his parents to take him out for sushi. On Sunday, Steele will show off his chops in a popup dinner held at Berkeley’s Cheese Board Pizza (1512 Shattuck Ave.). And even though this will be the chef’s first time serving Japanese food to Bay Area customers, he plans on going all-out with a $125 (tax- and tip-inclusive) nine-course kaiseki-style dinner, featuring luxury ingredients such as sea urchin and kombu-cured dry-aged beef. One expected highlight: Parisian “gnocchi” that Steele makes with Japanese takoyaki style dough instead of the typical pate a choux, served with squid, charred green onions, and shavings of dehydrated pork. BYOB. Seating is limited, so buy your tickets early via Brown Paper Tickets. — Luke Tsai
Sun., Sept. 27, 7-11 p.m. $125.