July 10, 2015
1 comment
First thing's first. If you haven't seen the new Kendrick Lamar video released a little over a week ago, watch it. If you have seen it, go ahead and watch it again. Some of the video's best shots were taken in Oakland and on Treasure Island — where we spent a day lurking behind the scenes a while ago. Now that you've got the right vibe set for the weekend, you're ready to progress to the next step. See below.

Feels 3
With headliners like The Internet, Teklife and D33J on the bill for Feels 3 — the next event by the local online culture mag Wine and Bowties — most people are likely looking at it as a concert. But the massive party coming up on July 11 at American Steel Studios is the third iteration of what was primarily a group art show in its first incarnation. And as the entire event has quickly scaled up, so has the art curating. Feels 3 will be hosting 21 talented artists from the Bay Area and beyond. Just like Wine and Bowties’ online coverage, their art curating reflects a certain young, hip-hop-infused lifestyle with an in on underground trends. Not surprisingly, some of the most exciting artists who will be showing at Feels 3 are photographers — a largely underrepresented medium in the Oakland art scene. Among them are Vivian Fu, whose “Asian Girls” self portrait series intimately transgresses stereotypes about Asian women. The venerable, long-running photo zine Hamburger Eyes will also be contributing, along with photographers Veeejzilla, Moe Alvarez, Evan Hunter McKnight, and a host of others, as well as a number of painters. The night will also feature food pop-ups, drinks, and likely a lot of dancing. — Sarah Burke
6 p.m.–1 a.m. $20. WineandBowties.com


Wild Child
In hardcore, bands can clinch glory with one seven-inch. Wild Child, from Minneapolis, did so with its first and only EP, released in 2013 on Deranged Records. It opens with feedback and coughing that turns to sniveling and muffled cackles — clarion calls of maladjusted cretinism. The vocals are sickly all throughout, with crazed missives rendered vividly atop a clearly, mix of thin-sounding instrumentation that highlights individual players’ physical intensity. Sterile Mind, a local act that opens for Wild Child at One Fam Community Center on Saturday, opts for the opposite approach to hardcore, conveying power through tonal mass and volume. While Wild Child offers listeners the perverse pleasure of relishing suffering and infirmity, Sterile Mind looks to inflict the pain. — Sam Lefebvre
July 11, 8 p.m. $7. OneFam.org 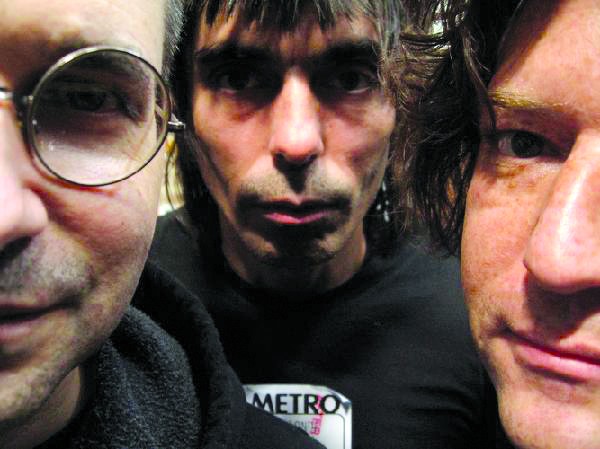 Legendary record producer and music industry commentator Steve Albini usually talks about Shellac, the power-trio he’s fronted since the early-Nineties, in terms of it being a hobby. Its albums, the most of recent of which appeared seven years after the last, feature spare, economic rock songs with classic riffs and punchy turnarounds. Given its reputation and professed professional ambivalence, Shellac gets to indulge fanciful and challenging inclinations. Excellent Italian Greyhound, the group’s 2007 full-length, featured drummer Todd Trainer’s regal dog on the cover, a purebred named Uffizi. Opening track “The End of Radio,” meanwhile, was a nine-minute dirge initiated by snare drum pitter-patter and Albini checking the mic: Is this thing on? It’s an opener styled as a farewell, Shellac’s final transmission, and exactly the sort of bold move that celebrated hobbyists can get away with. It’s also a joke with a delayed punch line, since Shellac’s glibly titled, Dude, Incredible appeared last year. The band has only now gotten around to touring, appearing Sunday and Monday at the New Parish. — S. L.
July 12 and July 13, 9 p.m. $17, $20. TheNewParish.com

Home by 10 with W. Kamau Bell
Berkeley-based comedian W. Kamau Bell has demonstrated that for jokes to be edgy, they don’t need to be disparaging towards marginalized communities — which is refreshing considering how many mainstream, male comedians take potshots at women and transgender people. Bell has enjoyed considerable commercial success: He was the host of the critically acclaimed FX series Totally Biased with W. Kamau Bell and is preparing to air his upcoming CNN travel show, The United Shades of America, which looks at diverse communities across the country. Unlike most of his peers in the stand-up comedy world, he uses his platform to engage a broad audience with various social justice issues. Though Bell is becoming well known nationwide, he still finds time to do small, hometown shows. He currently has a residency at The Marsh titled Home by 10, where he performs weekly stand-up routines with rotating guest comedians. A portion of the performance series’ proceeds will go to Hearts Leap Preschool in Berkeley. — Nastia Voynovskaya
Thursdays through July 30. $15-$50. TheMarsh.org

Supper Club: Explosive Experiments
If your idea of a romantic night on the town often includes an educational component, consider bringing your date to one of the Chabot Space and Science Center’s ages-21-and-over “Supper Club” events, which feature a nice (and relatively sedate) candlelit dinner, in addition to some kind of rollicking hands-on experiment led by one of the museum’s resident scientists. All we know about this week’s theme is that there’s some kind of “explosive” element, which sounds like surefire winner. Before the action starts, a four-course dinner will be catered by Straw, a carnival-themed eatery in San Francisco, and while the restaurant’s more outlandish items (e.g., its doughnut burgers) won’t be on offer, the young at heart may be glad to note that whoopie pie is on the menu for dessert. — Luke Tsai
Saturday, July 11, 6–9 p.m., $65 ($55 for members), ChabotSpace.org 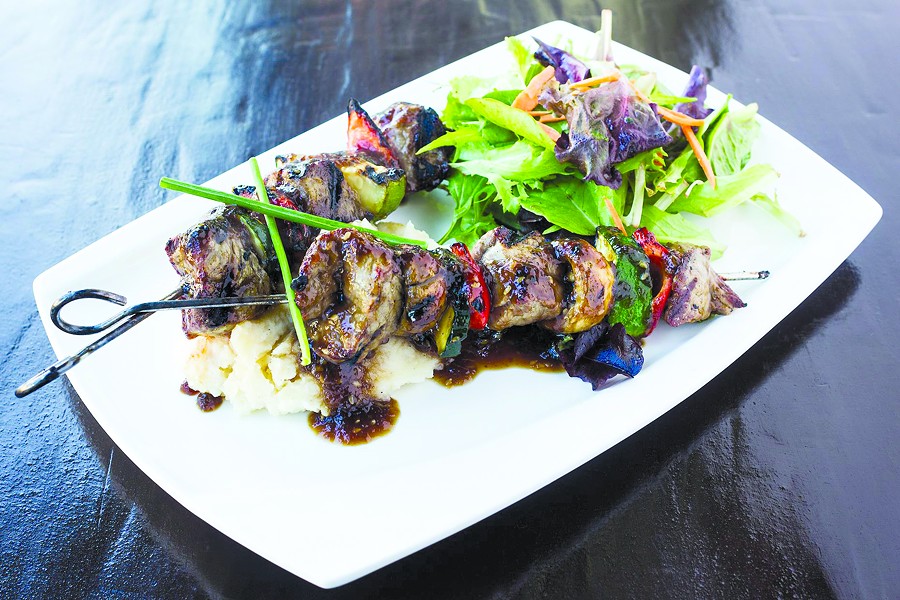