July 03, 2015
comment
It's July 4th weekend and John Waters will be at Burger Boogaloo. For many people, the next few days will be one giant mosh pit of (veggie) burgers and brews. But we threw in a few more options for the sake of diversity. 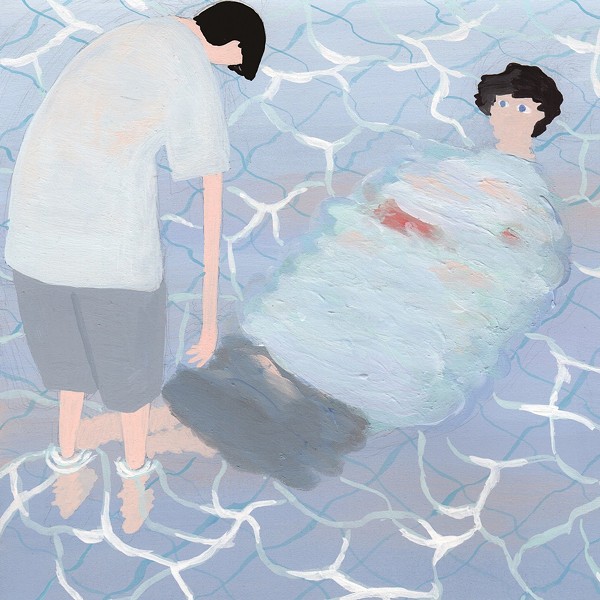 Sela
Critical consensus indicates that local production duo Friendzone helped forerun cloud rap, wherein sparse beats swathed in diffuse textures underpin idiosyncratic MCs whose flows seem to bob in a narcotic haze. Still, it’s not as if Friendzone emerged as totems of a long-running local cloud rap scene; the style gestated and mutated online, where even Swedish artists like Yung Lean could adopt it. Footwork, though, was more defiantly native to Chicago, where the skittish, choppy production style accompanied battling footwork dancers for years. Still, footwork went global anyway. Sela — who shares a bill with Friendzone at Studio Grand  on Friday — started to archive it from his home in Vallejo, scouring dormant servers for the work of artists in the shadow of scene figureheads such as DJ Rashad, DJ Spinn, and the Teklife cohort. His CRACK compilations, free for download, are crucial documents of the movement. Perhaps inevitably, that preservationist impulse started to color Sela’s original output: His sound cloud brims with the jittery loops and sample-based sketches foreran by Chicagoans.— Sam Lefebvre
Fri., July 3, 9 p.m. $10-$15. StudioGrandOakland.com

Now that the Burger Boogaloo has been around for a few years, surely some early devotees are lamenting its tarnished soul. Once, it was for the rock cult, a privileged few with the right band badges neatly affixed to the left lapel. Then, the weekenders arrived, normies who don’t know how “budget rock” preceded “garage rock” as the insider parlance — or so the thinking goes. Luckily for those elitists and the folks who missed out on tickets for the main event, there are a lot of satellite parties. Friday promises Nobunny unplugged but not unmasked at The Night Light, while a gloomier rock bill headlined by Silver Shadows plays out at Brick & Mortar Music Hall. On Saturday night, reliably raucous Useless Eaters and Cool Ghouls appear at Club Leo’s. That night at Eli’s Mile High Club, meanwhile, features a performance by the original lineup of the Clorox Girls, Oakland’s standout ’77 punk act from the early 2000s — exactly the type of show that prematurely jaded rock snobs will insist is the weekend’s secret highlight. — S. L.
July 3-4

Women's Empowerment Day
Since its inception, hip-hop culture has been an empowering force for marginalized communities that have used rap music, street dance styles, and graffiti art as forms of self-expression when mainstream channels weren’t available. Though rap reigns over the pop charts today, it stems from a legacy of countercultural resistance. In this spirit, the socially engaged co-working space Impact Hub is hosting Women’s Empowerment Day, the second annual edition of the Independent Hip-Hop Festival organized by the nonprofit Hip-Hop for Change. The event takes place on July 4 from noon to 7 p.m. and celebrates the original four pillars of hip-hop culture: break-dancing, graffiti-writing, DJing, and MCing. While women are typically a minority in spaces that showcase these art forms, Women’s Empowerment Day will feature a panel discussion, live painting, and music and dance performances that highlight the female hip-hop heads and activists working to create social change in the Bay Area. Featured artists and speakers include graffiti crew Few and Far, music collective Peaches DJs, and MC and scholar Charity Clay — Nastia Voynovskaya
Sat., July 4, 12-7 p.m. Free. Oakland.ImpactHub.net

Limen
Amy Rathbone’s upcoming exhibition at Aggregate Space gallery, limen, will be in “present tense.” That’s to say, most of the work won’t arrive in the gallery as a finished product. Rathbone’s art is performance-based, and she has developed a specific brush stroke that she will be repetitively applying directly to the gallery walls throughout her residency, drawing attention to the time that she has spent in the space and the diligence that has gone in to creating the work. The strokes will mark Rathbone’s engagement with the space, but aren’t meant to constitute the entirety of the artwork. For the show’s opening reception on Friday July 3, from 6–10 p.m., Rathbone and at least fifteen other artists will be performing the prescribed action simultaneously on one wall to an atmospheric musical accompaniment by Wayne Grim and Suki O’Kane. Videowork by Phoebe Tooke will play in the gallery’s theater. There will also be a poetry reading by Amina Cain on July 11 and a film performance by IN/S on August 1, both of which will contribute new dimensions to potential meanings behind the process-based show.— Sarah Burke
July 3-Aug. 8. Free. AggregateSpace.com

Epicenter 25th Anniversary & Reunion Show
In May, we published a story about Matt Wobensmith and his vintage fanzine emporium, Goteblüd, on Valencia Street in San Francisco. It’s an awesome resource, patronized by autodidacts and archivists alike, but not an especially robust business model. Still, Wobensmith already knew that, since he’d worked at another volunteer-run Valencia Street punk shop and community space: Epicenter Zone. Founded in 1990 with funding from Tim Yohannan of Maximum Rocknroll, Epicenter hosted shows, a record store, and the inevitable schisms that follow youth enterprises premised on radical principles. Regarding the store’s ban on major label titles, an SF Weekly article from 1995 quoted Yohannan as saying, “They fudge more than Maximum does,” which should register as a snide punk slight par excellence. A Salon.com eulogy from 1999, meanwhile, praised the “youth-centered dynamism” of a “nostalgia-free zone in a city top-heavy with radical old codgers.” Which brings us to Epicenter’s 25th Anniversary & Reunion show at the Verdi Club Sunday, where about 25 bands and performers — including Hard Left, The Younger Lovers, Sleeping Giant, and the Tobi Vail-toting girlSperm — are set to perform at the all-ages, volunteer-run affair. Contrary to earlier reports, Goteblüd will not be involved due to an unspecified rift among organizers.— S. L.
Sun., July 5, 6 p.m. $15, $30. VerdiClub.net