Take Your Mom to See Repo Man on Sunday — For 924 Gilman St.

The first in a series of events benefitting Gilman occurs this Sunday at the New Parkway Theater.

Last year, the punk venue and community space 924 Gilman St. became a registered non-profit. Then, volunteers convened a committee tasked with raising money help lower door prices and ultimately buy the building — proactively entrenching Gilman against the consequences of a new Whole Foods nearby and what not. Look for more about Gilman’s alumni donor retention program in next week’s paper. 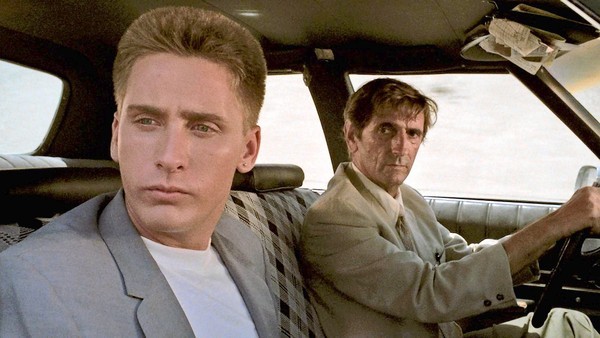 For now, the first in a series of off-site events aimed in part at rallying support from older punks who’ve drifted away occurs at The New Parkway Theater on Sunday. Repo Man, Alex Cox’s 1984 cult-classic and old standby to discerning family-film enthusiasts everywhere, will grace the silver screen at 12:30 p.m., a.k.a. house-made Sangria hour. The event is catered to kids who know their mom has a faded stick-n-poke tattoo of Blatz lyrics from her spangin’ on Telegraph days — or for moms with impeccable taste in the American film canon who wish to enlighten their square children. (Snobs will appreciate that it's part of the Criterion Collection.)

The unlikely quality of Repo Man cannot be overstated. Fresh out of school, it was Alex Cox’s first feature-length film, yet he snared the ace cinematographer Robby Müller — whose work includes Wim Wenders’ Paris, Texas, William Friedkin’s To Live and Die In LA, and Jim Jarmusch’s Down By Law — not to mention Emilio Estevez in a breakout as Otto, a rudderless punk who stumbles into an apprenticeship with a drug-addled repo man, Bud, incredibly played by Harry Dean Stanton, national treasure. They’re all after the alien corpse in the trunk of a Chevy Malibu. The Circle Jerks cameo as a chintzy lounge-act, while Otto’s bumbling old punk friends offer maternal words-to-live-by such as, “Let’s go do some crimes.”