This Sunday, Pyramid Alehouse will be hosting a beer infused cupcake competition.
Have some weekend! You deserve it. Here's five easy ways how:

100° City
At 300 Jefferson St., Oakland, where City Limits once resided, an eerie black hole now sits behind the gallery’s glass door. The walls and floors are veiled in a thin grey fabric and natural light is blocked out from all possible openings. Inside, the bulbs from the light fixtures hang naked and low to the ground, near your knees, dangling by wires. Below them, soda cans made mobile by battery-powered attachable legs march around the room undirected. Each can holds a wilted flower, seeming to promise imminent death. In the middle of the room sits an empty metal trough, and nearby a sundial made of flesh-toned silicon rubber rests in a large bucket of water. Welcome to 100° City, an installation by artists Erin Jane Nelson, Jason Benson, and Joel Dean. The immersive art installation pairs objects that allude to dystopian tropes with outdated cultural artifacts (such as a quilt and a yellow turtleneck), placing them together in a post-apocalyptic landscape as a clever blend of science fiction and popular culture. The feeling of the space verges on retro-futurism, like coming across an abandoned website from the early Nineties “IRL.” It’s disorienting, unnerving, and definitely worth a visit.— Sarah Burke
Through May 9. Free. CityLimitsGallery.com

Thizz ENT presents: Mac Dre art show
After his untimely death in 2004, East Bay rapper Mac Dre ascended to the role of cultural icon. His likeness is emblazoned on every worthy wall. Aspirant emcees humbly intone his name. Why did Dre become the recipient of such dear and plentiful tribute? For one, he didn’t snitch. Dre was widely viewed as having been arrested in 1992 as retaliation for releasing “Punk Police,” which name-checks the head of a taskforce charged with terrorizing his neighborhood. Dre declined to incriminate any of his peers in the Romper Room crew. The impeccable flow and incisive point of view exemplified by the song helped Dre clench icon status, too. And considering the upcoming Mac Dre Art Show at Charles Place — at which forty artists, including Street Bleach, Ernest Doty, and Alrad, will exhibit work that depicts the rapper in some shape or fashion, and DJ Dontdoodaat will spin Dre’s music — maybe he’s an icon in part due to his gregarious mug and array of distinctive hairstyles and hats.— Sam Lefebvre
Sat., April 25, 5 p.m.-12 a.m. $5 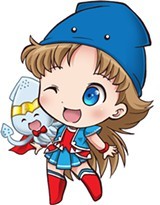 Spring Kraken Con 2015
Oakland may not be the biggest hub for anime fan culture, but that doesn’t mean that cosplay enthusiasts shouldn’t have their day — or weekend, rather. On April 25 and 26, the Oakland Convention Center will be invaded by Kraken Con, which features anime, manga, and video game subculture goodness. Started in 2013, Kraken Con may not be as massive as its other “con” counterparts, but it still offers a fully packed schedule of panels, guest appearances, contests and more. Some presentations come from an academic standpoint, such as “A Rainbow Dash of Personality Theories: From Hippocrates and Jung, to Avatar, Pokemon, and Little Ponies,” while others are more instructional, such as “Epic Resume Go!,” and “Cosplay Filmmaking 101.” Other programming includes “Magikarp: A History” and “Make Your Own Japanese Curry.” Between them all, expect dance lessons, gaming competitions, movie screenings, and tea-drinking sessions. It sounds like one of the homiest, least commercialized cons out there. Give it a shot before it gets too big.— Sarah Burke
Sat., April 25, 10 a.m.-11 p.m. and Sun., April 26, 10 a.m.-6 p.m. 415-895-0746. $30 all weekend. KrakenCon.com

Beer-Infused Cupcake Competition
For those of you who enjoy eating cupcakes and drinking beer, here’s an event that combines the two illustrious American pastimes. On Sunday, Berkeley’s Pyramid Alehouse is hosting a beer-infused cupcake competition. While the deadline for submitting a recipe has passed, it isn’t too late to participate in the grand finale — to taste the three cupcake finalists, (each boozy treat will be paired with the Pyramid beer that it features) and to vote for your favorite. In honor of Autism Awareness Month, proceeds from the event will benefit the nonprofit Ales for Autism, which organizes beer-related events that raise money to support autism research and promote autism awareness.— Luke Tsai
Sun., April 26, 1-4 p.m. $15. PyramidBrew.com

Bay Area Dance Week
At parties, there are those who get on the floor and dance, and those who stand on the side and watch. Occasionally, there are those moments when someone in the center extends a hand to a stranger on the side, and invites that stranger into the circle. Bay Area Dance Week is like that extended hand — from the entire Bay Area dance community to everyone outside of it. For ten days, dance companies of all types and sizes will be opening their doors for free events, inviting the community to join them in their fun. (Read the full article with event descriptions here). —Sarah Burke
April 24 through May 3. Free. BayAreaNDW.org