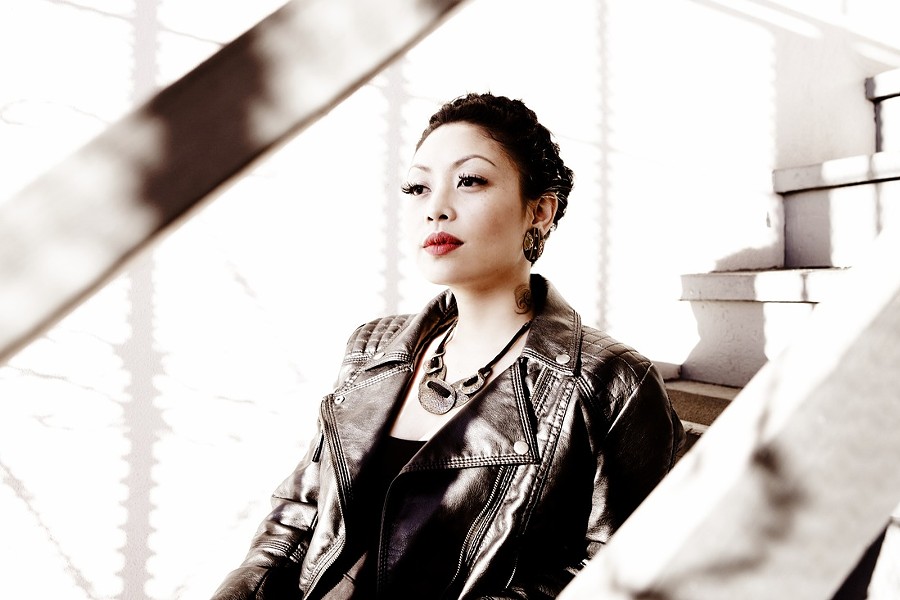 Rapper Rocky Rivera will speak on a panel at Youth Radio on Friday as part of the organization's night dedicated to women in hip-hop.
This past week, Bjork's retrospective at the MoMA opened after months of hype. Of course, some loved it (actually couldn't find a link to put here, but I'm assuming). But most critics abhored it. All I have to say is that those mannequins really do look nightmare-worthy — and not in a cool, alternative way. Regardless, I'd like to take this opportunity to share one of my favorite Bjork music video with you all. Watch it, remember the days of Bjork before this horrible catastrophe, then read below for a list of fun things to do this weekend.


Bites & Beats: Women in Hip Hop
In honor of Women’s History Month, Youth Radio’s Remix Your Life will be hosting an all-female panel of hip-hop musicians at its Bites and Beats showcase, which takes place on the first Friday of every month in its arts venue (1719 Broadway, Oakland). The women who will be sharing knowledge aren’t just musicians, either — they rock in journalism, poetry, youth advocacy, authorship, and production as well. The lineup includes MADlines, Coco Peila, Dom Jones, Rocky Rivera, Jazz Monique Hudson, Hazel Rose, and Talia Taylor. The inspiring group will speak about their careers and contributions to hip-hop, and will then open up into conversation with each other and the attendees. In addition to the talk there will be a performance showcase involving Youth Radio participants. Youth Radio’s Remix Your Life is a program for youth and young adults to develop their musical and artistic voice, offering education and professional studio time. Bites and Beats is one opportunity for participants to wow crowds with their impressively mature talents.— Sarah Burke
Fri., March 6, 5:30-8 p.m. Free. YouthRadio.org 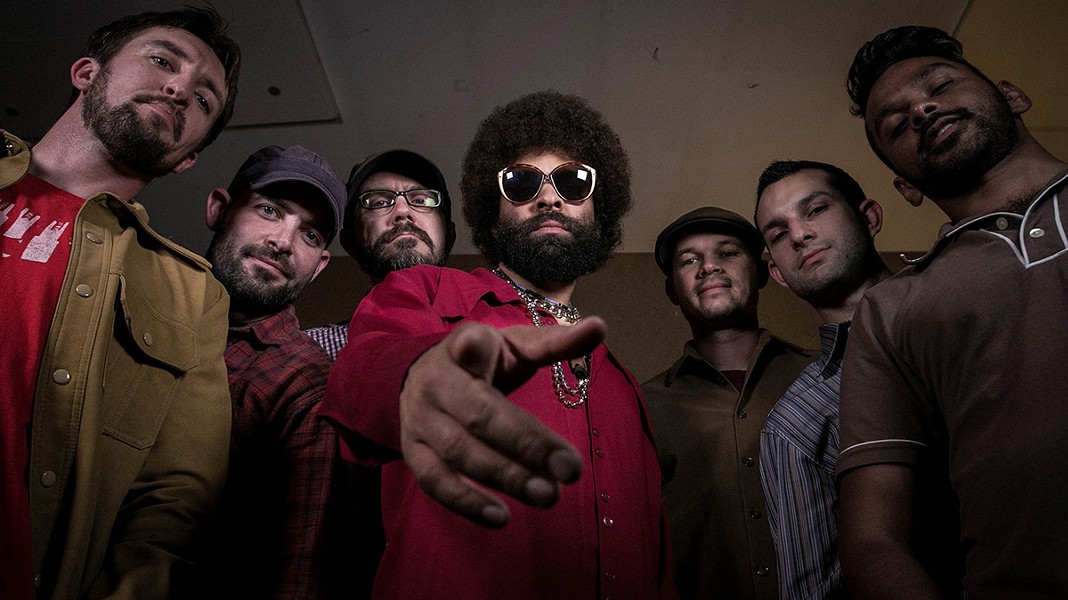 Where It's At & The Legionnaire Saloon 2-Year Anniversary Party
In just two years, The Legionnaire Saloon has become an Uptown fixture, with regular DJ nights in the main bar and an upstairs loft for live performances. The musical fare is eclectic — recent bills have included traditional Irish music, scrappy local garage rock, and rap — but it’s telling of the bar’s stylistic allegiance that its two-year anniversary event is a joint effort with Where It’s At, the regular funk and soul party. The Greasetraps and Gene Washington & the Ironsides — horns, rhythm section, and vocals put in the service of soul — are scheduled to perform upstairs. The bands’ resident DJ counterparts, including emissaries from local funk-forward record shops such as Vamp, will exhume the genre’s gorgeous roots downstairs. The Legionnaire opened in March 2013 without street signage. On Saturday, decades and eras are sure to slip away.— Sam Lefebvre
Sat., March 7, 9 p.m. Free downstairs, $15 upstairs.  LegionnaireSaloon.com

Ferment Dairy Class
As far as food trends go, the age-old art of fermentation is having its moment in the sun, with entire restaurant menus built around the deployment of carefully cultivated cultures, and more makers of artisanal kimchi and sauerkraut than you can shake a stick at. This week’s BioFuel Oasis-sponsored DIY class at the Sticky Art Lab shines a light on the world of fermented dairy products, as participants learn how to make cultured butter, crème fraîche, Greek yogurt, and the fermented milk drink known as kefir. Everyone gets to make a batch of kefir to bring home, where the fermentation process will continue to work its magic. The class will be taught by Nishanga Bliss, a licensed acupuncturist and the author of Gastronicity, a food and nutrition blog about “eating the right food at the right time in the right place.”— Luke Tsai
Sun., March 8, 2-5 p.m. 510-665-5509. $40. BioFuelOasis.com 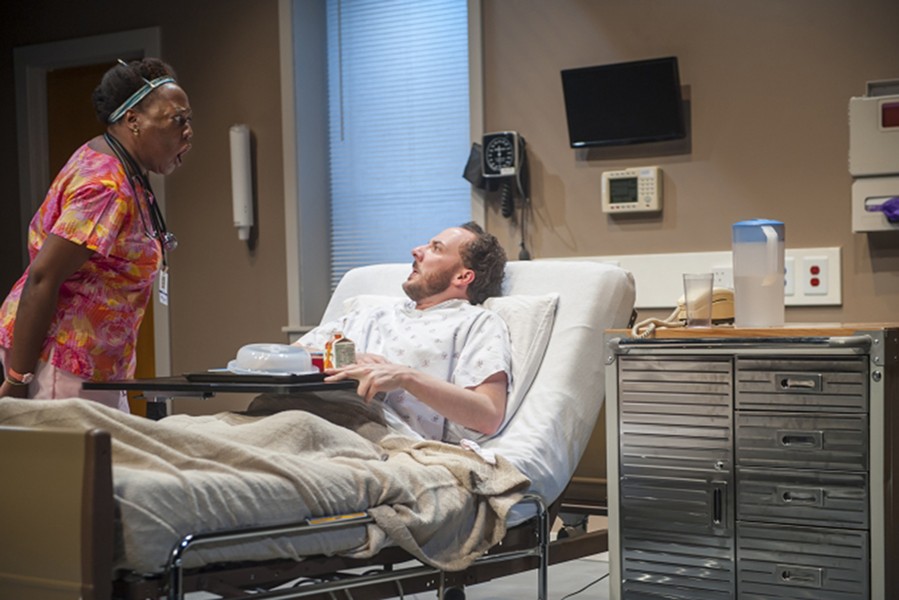 The Lyons
The Lyons is as beastly as its feline almost-namesake suggests — replete with instances of death, domestic violence, homophobia, addiction, and the kind of emotional mauling that comes with enduring a lifetime of small regrets. The dark farce of a play — written by Nicky Silver (Pterodactyls, Raised in Captivity), and directed with scalpel precision by Barbara Damashek — made its Bay Area debut recently at Berkeley’s Aurora Theatre. Silver, whose work is often compared to the likes of Joe Orton and Edward Albee, prefers his comedy with teeth (or “high wit and low self-esteem,” as he’s quoted in the program notes as saying), and even the lines that draw the biggest laughs (and there are many) are smothered in a kind of sadness gravy (the best kind, in my opinion). In the end, the play’s tightly wound ruthlessness and galloping pace leave few moments for much reflection, but afterward, you might find yourself with an unknowable ache (and perhaps a renewed relief that your family is not like the Lyons).— Anna Pulley
Through March 8. 510-843-4822. $32-$50. AuroraTheatre.org 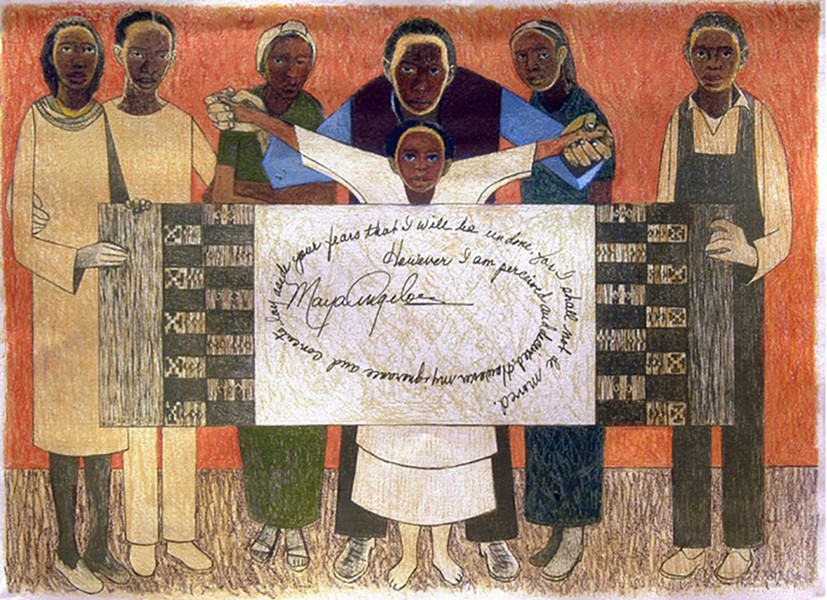 Black Artists on Art: The Legacy Exhibit
Dr. Samella Lewis is a prolific painter, art historian, critic, and art collector who helped define the way the Black Arts movement is perceived when she wrote the first volume of Black Artists on Art in 1969. The groundbreaking book profiled the era’s black artists, including iconic painters such as Jacob Lawrence and Elizabeth Catlett, as well as others lesser known at the time. But the series never made it past the third volume. Now, her grandson, Unity Lewis, is teaming up with Oakstop founder and director Trevor Parham to lead an initiative to continue the series. Their goal is to recruit five hundred contemporary artists to be profiled, and contextualize them within the legacy of the artists that Lewis wrote about. Eventually, all of the info will be put into an online database that curators can use to connect with artists. Beyond the book, the goal is to bring people together to create both community and opportunity. To launch the project, Oakstop is hosting an expansive exhibit featuring more than forty black artists in a range of media and styles. The show features original work by legendary artists like Lawrence, Catlett, and George Clinton (yes, he paints!) along with a diverse range of work by local established and emerging artists. Plus, in March it will be reconfigured to focus solely on black female artists for Women’s History Month. Black Artists on Art: The Legacy Exhibit offers a gorgeous and powerful glimpse into the depth of the project, and is only the beginning of the impact it will likely bring to Oakland’s art community and beyond.— Sarah Burke
Through March 28. OakStop.com

BONUS!!
On Friday, check out  the first Bizarre Bazaar  to "satiate your thirst for punk/goth/freak/strange/mcdonald styled items." That night, check out Good Mother for 2, the follow up to their first show (read our review). Johansson Projects will also be opening This Is Real Life. On Saturday and Sunday, the annual White Elephant Sale hosted by the Oakland Museum of California will happen. And all weekend, the Mills College Music Graduate students will be hosting Signal Flow, its annual spring festival.


If your pockets are feelin' light and you're still yearning for more suggestions, we've got a ton, and these ones are all FREE!
We're Hungry: Got any East Bay news, events, video, or miscellany we should know about? Feed us at Sarah.Burke@EastBayExpress.com.