October 20, 2014
comment
How much of your understanding of the world is derived from images that you've seen, as opposed to first hand experience? How many places beyond your reach do you feel familiar with through images despite never having been there? Even in your immediate surroundings, to what extent do you fall back on specific given representations of that space rather than seeing it anew with each encounter? These are, in part, the questions that the Image as Location Festival explores through three art exhibitions and two conferences. As the festival's own description points out: “Our planet is wrapped in images. From stratospheric satellite stills to disembodied medical x-rays, we use pictures to describe our environment with unprecedented frequency. Images have become the common language that allows us to not only understand our present landscape, but also access the inaccessible.” The festival, taking place in locations across Berkeley and San Francisco, aims to cultivate a multidisciplinary discussion that questions the assumptions that these images encourage us to make about our environments, as well as the political and economic effects of their production. The broader, underlying question is: As location becomes increasingly defined by imagery, does that imagery make those locations more accessible, or actually work to abstract them?

The Image as Location conference, taking place on Oct. 22nd on the UC Berkeley campus, is going to use these questions as weights to offer a heavy mental workout. It aims to explore both the political and philosophical sides through talks by academics and experts from around the world. On the philosophical end, speakers will question the extent of one's ability to get to know something through imagery. While digital images have allowed us to get to understand our world on new levels, that imagery is always mediated and produced from a specific angle. So, what do we really "know?"

The political aspect lies in the fact that the companies that are making money off of creating images of our cities and other environments, such as Google, are also contributing to the displacement of people who live in those places. So, while these images work to offer representation and access to these spaces, they are also in some cases erasing them. And that happens through the way that images are curated as well. “People like to buy into images of places rather than the real place. They want to have a picture perfect San Francisco, and a picture perfect Oakland, and they don’t want anything that disrupts that image,” said Greg Niemeyer, director of the UC Berkeley Center for New Media and one of the key organizers of the event.

Following keynote speaker Immanuel Alloa, a lineup of other acclaimed thinkers will be presenting talks that start off examining the small and slowly expand their scope. Footage from the inside of a solitary confinement cell, X-rays of sculptures by Picasso, and photographs taken by the Hubble space telescope make up just some of the imagery that will be discussed. Go here for the full line up. 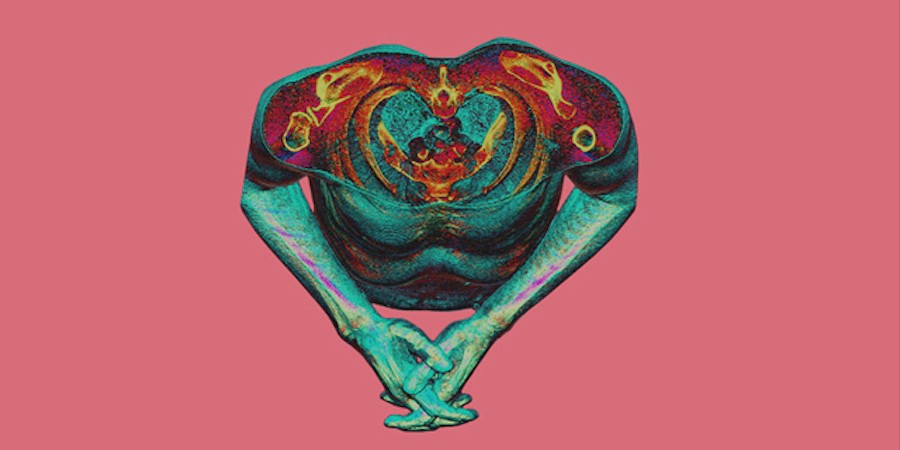 Another festival highlight is over at the Goethe-Institut in San Francisco, where they’ve teamed up with digital multimedia publisher NewHive to present Virtual Relocation, a competition that asked the public to remix their favorite works of art, and an exhibition of the winners. The idea is to bring up questions about the changeability of the images we are presented with, and exercise our collective agency to tailor them to our preferences. The exhibition runs through Oct. 24. More info here.

Over at Swissnex, the Placemakers exhibition presents a similar theme executed by Swiss artist Regula Bochsler, San Francisco-based artist Jenny Odell, and Brooklyn-based artist Clement Valla. They are all interested in the worlds of 3D mapping found through Google Earth, Google Maps, and Apple Maps. In their work, they highlight the surreal inaccuracies one can find inside these digital realities and visually question the truth behind the representations. 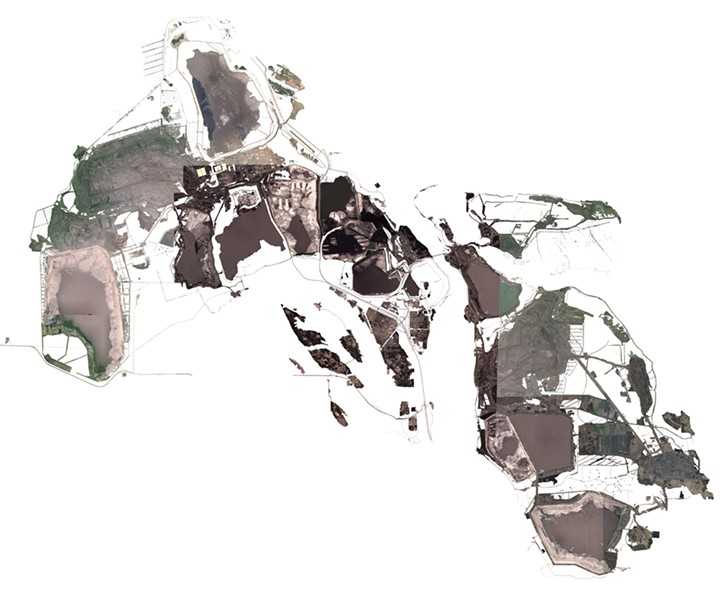 Odell, specifically, works bit by bit to capture embodiments of environmental and political concerns, like the Athabasca Oil Sands, then digitally stitches them together to form massive, detailed images. She then isolates her subject by tediously Photoshopping out the background, rednering it boldly pronounced. Odell is also presenting a number of digital collages, including one in which viewers can move around the elements themselves, forming their own worlds. In part, her work is interested in the challenge of getting people to really see something, when they are constantly being bombarded with images. The works will be up until Nov. 14. More info here.

Because mapping apps require human intention in order to generate activity, this exhibit —and the festival as a whole— explores how we can direct that energy and intention into tailoring a productive understanding of location rather than simply accepting the reflections of place that we are given. Although many of these questions seem abstract, in the current Bay Area cultural landscape, they couldn't be more relevant. For information on the rest of the events, as well as times and tickets, visit ImageAsLocation.com.