Bruce Beasley Donates Studio to the Oakland Museum of California

Bruce Beasley The artist in front of one of his "Rondo" sculptures at UC Berkeley. 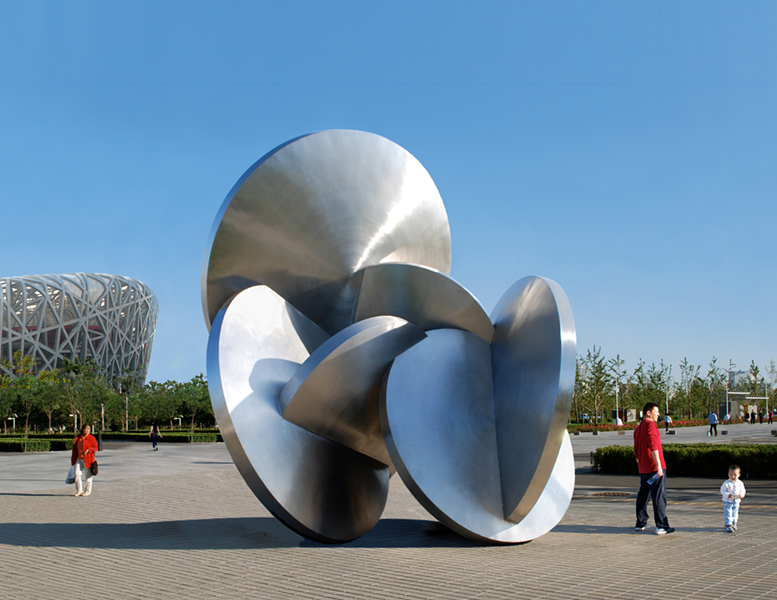 Local celebrity artist Bruce Beasley has announced he will gift his more than 50-year old two-block studio complex to the Oakland Museum of California. Located on 3rd and Lewis in West Oakland, the area boasts indoor and outdoor exhibition spaces, archives, and storage for the museum to be able to host satellite programming and research. Beasley is most known for his gravity-defying public sculptures and as a pioneer in using 3D modeling with his work (dating back to 1986).

Last year, the artist installed numerous ring sculptures on UC Berkeley’s campus, where he attended as an undergraduate. He also plans to unveil two additional “Rondo” series sculptures in San Jose and Fremont next year. As for his international reputation, he was tapped in 2008 to create a permanent sculpture for the Beijing Olympic Stadium, putting his work in the company of architects Herzog & de Meuron and artist Ai Weiwei.

A ceremony and reception will be held on Thursday, October 9th to christen the property as the Bruce Beasley Sculpture Center. At the center, visitors can learn more about California sculpture, an area of the art world that Beasley has helped define.