April 11, 2014
comment
It’s been several years in the making, but it looks like the long-dormant UC Theatre (2036 University Ave., Berkeley) is finally getting closer to reopening as a music venue. A press release sent out today revealed that the folks behind the project will make an announcement about the official opening on Wednesday, April 23. According to publicist Rina Neiman, the venue will be run by the nonprofit Berkeley Music Group, which consists of David Mayeri, formerly of Bill Graham Presents. Dawn Holliday of Slim’s and Great American Music Hall was initially also to be part of the project, however, Neiman indicated that it's unclear whether she will help with the bookings. Although Slim’s’ website indicates that it will be part of the operation, a woman who answered the phone at Slim’s this afternoon said no one could comment on the matter and directed my call to Neiman. The other change is that Berkeley Music Group was initially to be a for-profit business, but is now a nonprofit entity.

The delay in opening was related to raising money for construction costs, said Neiman. The capacity will be 1,400, with a seating capacity of 800. More details when they become available.

Editor's note: Reiman clarified that while Holliday was part of the initial project, she was never part of Berkeley Music Group. It's unclear what role, if any, she will play in programming the venue. This version has been corrected. 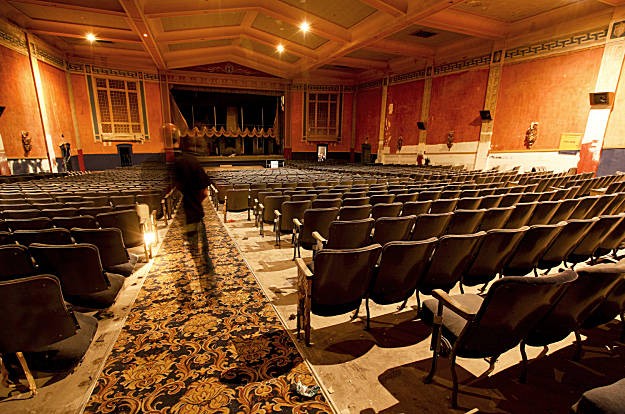