Yeah Yeah Yeahs — Mosquito
True to form, art punk trio the Yeah Yeah Yeahs have returned with a record that takes the band in a completely new direction — this time, they're trafficking in soul, gospel-tinged rock, and even a little reggae. Stream Mosquito on YouTube before it comes out on Tuesday, April 16 and be sure to read Spin’s revealing feature about this band of nerds who make music like a bickering dysfunctional family.

The Knife — Shaking the Habitual
Swedish brother/sister duo The Knife took a seven-year break between Silent Shout and its new record, Shaking the Habitual, an album that deviates so much from the band's previous work that the two considered releasing it under a different moniker. When compared to the band's breakthrough hit “Heartbeats,” Shaking the Habitual might sound like a massive departure, but this is still The Knife, replete with calypso-style rhythms, aggressive punk percussion, Karin Dreijer Andersson’s Bjork-esque pants and shrieks, and a political ethos. Just prepare yourself for The Knife at its most raw, angry, and experimental. Stream Shaking the Habitual here. 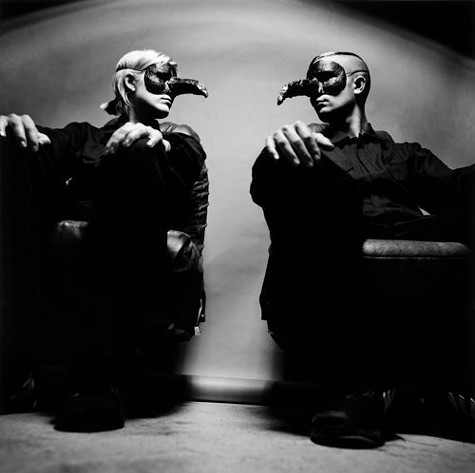 Kurt Vile — Wakin On A Pretty Daze
Kurt Vile's slacker rock gets a little more serious on his fifth album, Wakin on a Pretty Daze with songs that delve into his new role as a father, and virtuosic guitar work that demonstrates his gift for dreamy strums and builds. Stream the new album on NPR and catch the Philly rocker on Wednesday, May 8 at The Independent.