Yoshi's SF: We Have Not Filed for Bankruptcy (Yet)

In response to an SF Weekly report on Tuesday that Yoshi's San Francisco has filed for bankruptcy, a representative denies the jazz club and restaurant has filed for Chapter 11. Lisa Bautista, director of marketing and public relations at Yoshi’s SF — the sister venue to the original Yoshi's in Oakland — said the owners of the Oakland club have filed what's called an involuntary bankruptcy, a petition to the court to put the San Francisco location into Chapter 11 if it cannot reach an agreement with its partners. 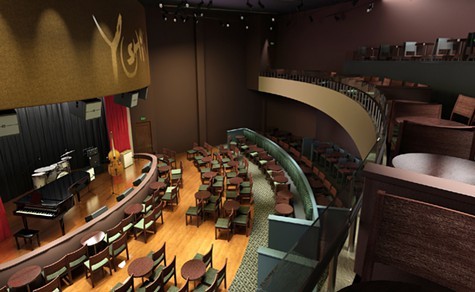 Yoshi’s SF is owned by a mix of partners who hold majority stake in Yoshi's Oakland and partners who are only invested in the San Francisco location. Bautista said the partners do not agree on how to structure the club's debt and "ensure its long term health." The partners in Yoshi’s SF have 21 days to come to an agreement before the court makes a final decision. Both clubs will continue to operate normally.

Bautista would not comment on speculation that filing for Chapter 11 would absolve Yoshi’s from paying back the millions in loans it has received from the City of San Francisco, including a looming first payment toward a $7.2 million loan from the now-defunct San Francisco Redevelopment Agency, which provided multiple businesses loans in 2006 to improve the Fillmore District. A representative from the San Francisco Redevelopment’s successor agency responded via email that it intends to pursue repayment from Yoshi’s.

“At this point, it's not clear how the tenant improvement loan with Yoshi's would be affected by the bankruptcy filing,” said Tiffany Bohee, executive director at the Office of Community Investment and Infrastructure. “The process has to play out in bankruptcy court, but the city will do everything within its rights to pursue repayment of the tenant improvement loan.”

The Express reported in 2010 that Yoshi’s SF had finally started making money since opening in 2007, quoting Kaz Kajimura as a co-owner in both locations. Kajimura and his wife Yoshie Akiba opened Yoshi’s Oakland forty years ago, weathering economic ups-and-downs and music trends better than its second location, which struggled with a similar offering of jazz and Japanese cuisine. The San Francisco club has had to experiment with its bookings, which have ranged from R&B to dubstep DJs.

“We’re being more mindful of what we’re bringing in, and we’ll continue to see what works and what doesn’t,” said Bautista, adding that more diverse programming and a new artistic director has helped increase ticket sales. “We’re trying to better understand our audience.”

For now, an involuntary bankruptcy filing ensures Yoshi's SF may continue to operate its business and be protected against any attempts by creditors to collect a debt.