Here's a band to watch: Oakland's Lecherous Gaze, which features ex-members of Annihilation Time. The band debuted a new track, "Sold," on Deciblog yesterday. It and "Phaze" (which Noisecreep unveiled in January) will both appear on the band's self-titled EP to be released on March 29 via Tee Pee Records. The four piece — with ties to Drunk Horse, High on Fire, and Saviours — basically sounds like a drunken '70s punk-rock party. Vocalist Lakis Panagiotopulos sounds like a mish-mash of Glenn Danzig and Joey Ramone. The band plays Bottom of the Hill on March 12 before heading to SXSW later this month. 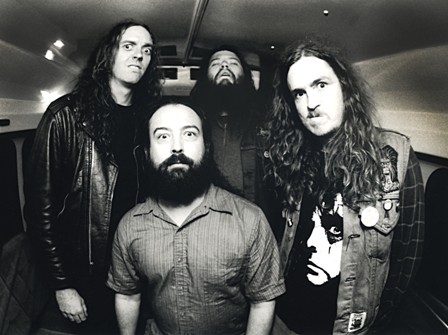