Even though Lyrics Born had to cancel his appearance this Friday at the New Parish, you won't want to miss the live show of Brooklyn-via-Ghana rapper Blitz the Ambassador, whose 2009 debut, Stereotype, earned gushing praise from critics and fellow rappers. Blitz performs his albums and shows with a live band, as he'll do when he makes his Oakland debut Friday. His latest is a live five-song EP titled Stereolive. Blitz will perform with locals The Park, plus MIC-G and DJ Willie Maze. 8:30 p.m., $7, $10. 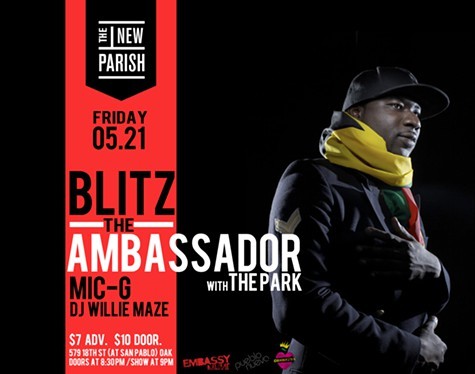 Blitz the Ambassador // StereoLive // Something to Believe feat. Tess from MVMT on Vimeo.